Toei Animation, the animation studio behind the Dragon Ball series/Dragon Ball movies is bringing fans the 20th movie installment. This time our favorite super saiyans will be taking on the legendary Broly again, he will be much stronger this time round though.

During the movie we will be delving into the origins and history of the saiyans, while also encountering the Freiza Force. This then eventually leads to Goku and Vegeta running into the legendary super saiyan Broly as fate would suggest. On the Dragon Ball Super: Broly website, series creator Akira Toriyama gave some details on the upcoming movie, here is what he had to say: "Naturally you'll get to see fierce combat, but also, the paths of destiny that lead to an encounter between Goku, Vegeta, and Broly. It also involves the Frieza Force and the history of the Saiyans, which end up having a major connection to everything. The story content turns out to be very large-scale and dramatic."

This isn't the first time we have seen Broly in a movie, he has been featured in a previous three other movies titled Dragon Ball Z: Broly - The Legendary Super Saiyan, Broly - Second Coming, and Bio-Broly which then was all tied into Broly Triple Threat. Keep your hopes up though, as the last two Dragon Ball movies (Dragon Ball Z: Battle of the Gods and Dragon Ball Z: Resurrection F) released first in Japan in 2013, but were then brought over to Western theaters a year later in 2014.

Dragon Ball Super: Broly will be released in Japan on December 14, with no plans of a Western release for now. 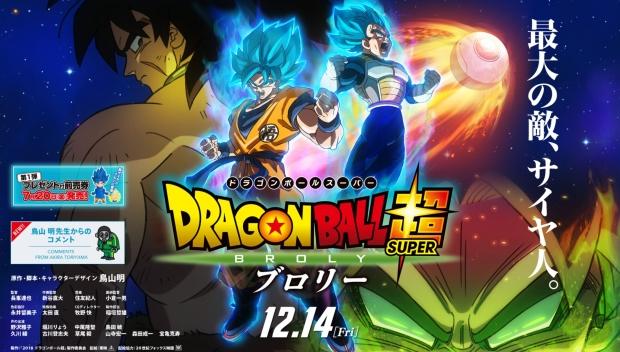