A new teaser trailer has been released by Bossa Studios for their title Surgeon Simulator. The teaser comes in the form of "Bone-Shattering news" as a player flicks the 'switch.'

The video starts off with the classical Surgeon Simulator hand navigating it's way poorly over a shelf, knocking over several different objects before stopping at a light switch. The hand then proceeds to try and press the light switch, before failing a few times the hand eventually succeeds ending the video with "coming soon." 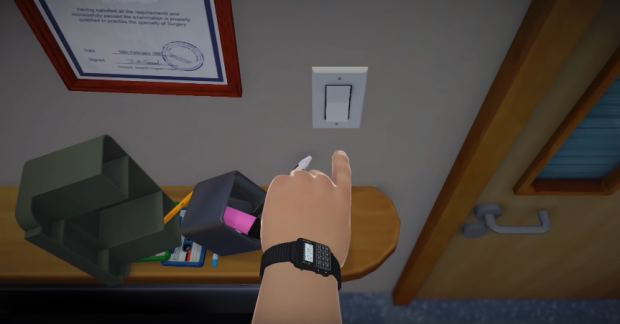