The new Battlegrounds map is launching this week, with Sanhok pitting players into a 4x4km area set in a Southeast Asian-inspired location.

PUBG has been testing out the map in its test servers for a while now, but the official launch of Sanhok takes place with an update arriving on June 22. It's not just a new map that arrives this week, but a new "Event Pass" that is similar to Fortnite and its Battle Pass.

The new Event Pass, as PUBG Corp. explains: "is designed for players who wanted a trackable progression-related system, and at the same time allows you to unlock new content in PUBG in a way that is different from the crate and key system".

The developer continues explaining the Event Pass: "You'll be able to get rewards in the Event Pass system regardless of whether you made a purchase. If you haven't paid for the pass, you can temporarily unlock many of the items (and earn one special item permanently). However, you can also permanently unlock a ton of exclusive reward items by paying to unlock the pass and completing certain missions to "level up" your pass. If you're hesitant about buying the Pass, but want to play the missions, you're free to do that. And your mission progress is always tracked, so you can buy the Event Pass late in the event and still get all the rewards you've earned. One more thing: simply by playing and completing missions while they're available, you'll be able to unlock one free chance to change your in-game PUBG name".

PUBG Corp. will be including Sanhok-themed loot in the first Event Pass, but there will also be other new content and improvements. PUBG's new update #15 will include a new weapon, performance optimizations, and tweaks to the UI. 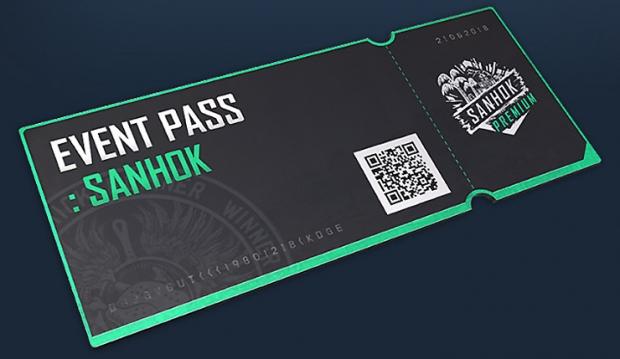