Respawn's Vince Zampella makes good on his promise to reveal new tidbits at E3, and now we know more about its upcoming Star Wars game. 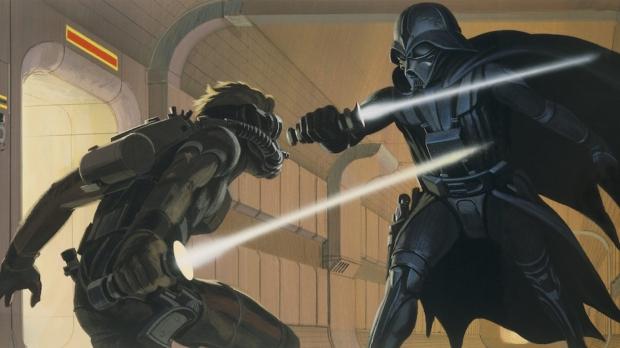 Respawn's new narrative-driven Star Wars game is called Jedi Fallen Order and is set in the dark time between A New Hope and The Empire Strikes Back, Respawn today revealed.

"We've been working with Lucas on getting the name and the setting for what our Star Wars game's going to be," Zampella said at EA Play. "The Star Wars game's name is Jedi Fallen Order. So it kinda gives you some idea that you'll be playing a Jedi. It takes place during the dark times when the Jedi are being hunted, and it's going to be spectacular."

The game will be heavily focused on story elements and character development but will also have third-person action mechanics. The company previously said Jedi Fallen Order will tread on new ground for the series and explore previously unknown areas of the Star Wars universe, so expect to see all-new characters, stories, and more--all of which will be tied into the Star Wars lore and mythos.

"Fans should expect the exemplary level of quality first established at Respawn with Titanfall, a game that epitomizes our studio's dedication to slick, larger-than-life action and fun, groundbreaking mechanics," Respawn said in 2017.