Last week Big Ben Interactive announced that the release dates for Tennis World Tour would be moved back slightly for the Nintendo Switch and PC, now the developer has released a new launch trailer for the Xbox One and PlayStation 4 version.

Tennis World Tour is developed by Breakpoint and is published by Bigben Interactive, the tennis simulator gives players the opportunity to experience up to 30 different professional tennis players on all the different court terrains.

The PC version of the title is currently planned for release on June 12th but for now if you desire anymore further information visit the official Tennis World Tour website here. 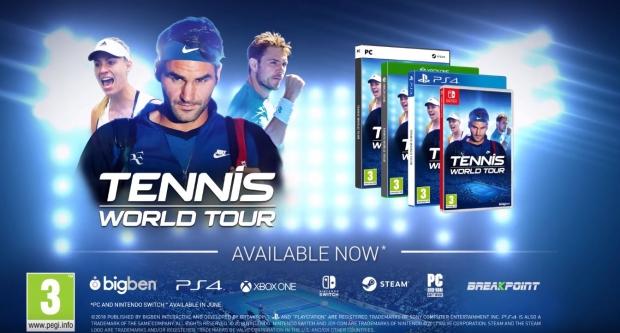