DICE has released their new Star Wars Battlefront 2 patch which has brought a new wave of stability to the game. From the release notes released by DICE, patch 1.1 is also bringing Iden Versio's TIE/In fighter to multiplayer matches. 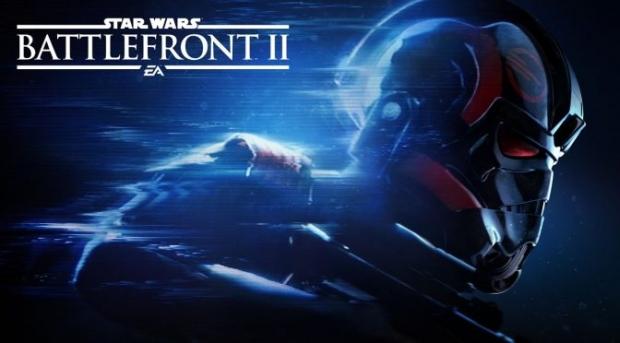 The patch will also be including stability improvements, bug fixes and also balance tweaks to Heroes and weapons. The full patch notes are located below and give a more detailed description of each of the changes coming to the game.

Patch 1.1 will be automatically downloaded once players launch their Origin client.

We're expanding the ways you can play on Crait by bringing this map to the Blast Game Mode! Battle in the mines among the machinery and crystals leftover from the previous occupants.Iden Versio's TIE/In fighter

Now available as a new Hero Starfighter in multiplayer matches! Iden Versio leads by example from her personal TIE/ln fighter. Custom-built for Inferno Squad, this modified TIE has seen heroic service in the name of the Emperor.

Afterburner - Gives the starfighter a temporary speed boost and breaks enemy missile lock. The AFTERBURNER can be cancelled after a short time

Inferno Leader - For the duration of INFERNO LEADER, all enemies within a radius are revealed to allied players. These enemies receive increased damage from all sources

Reinforced Hull - Increases the total health of the starfighter

Elite Pilot - Increases the turn rate of the starfighter

Reduced the time before heat cooldown kicks in from 3.5 to 1.5 seconds

Reduced damage of each Deadeye shot from 40 to 30

Reduced the heat generated per shot of her F-11D

Reduced the inner damage radius for each rocket of Rocket Barrage from 2 to 1.5 meters

Reduced the AOE of Supercharged and Explosive sentry

Increased heat per shot for Supercharged Sentry from 0.015 to 0.017

Lowered start damage from 17 to 16

Lowered end damage from 9 to 8

Increased explosion damage from 55 to 100

Reduced start damage of Explosive Shot from 29 to 26

Reduced end damage of Explosive Shot from 10 to 8

Reduced inner blast radius of Explosive Shot from 0.8 to 0.7 meters

Reduced outer blast radius of Explosive Shot from 2 to 1.8 meters

Reduced accuracy of the final shots when Burst Mod is equipped

Reduced fade in time for a minimap sector from 0.3 to 0.1 seconds