Last week we saw Bandai Namco reveal the character Hit with some smooth jazz music behind him, this week Bandai has released another character trailer, this time it's Beerus the Destroyer.

Beerus appears in the trailer with the very same character traits he possesses in the TV show: tired, hungry and wanting to put in as minimal effort in as possible. This can be seen through the almost relaxed fighting stance the character takes, as well as the movements for his respective attacks can be seen to not require him much physical effort at all.

In the description of the published video, Bandai Namco says "Beerus is here to eat & fight. And we're all out of food.. .Get ready, BEERUS HAS JOINED THE FIGHT! Will you be able to keep up or perish under his pawesome power?." It is also mentioned that for players that have pre-ordered the game they will receive "SSGSS Goku & Vegeta + 2 exclusive lobby avatars!"

Dragon Ball FighterZ will launch on January 26 on PC, PS4 and Xbox One. 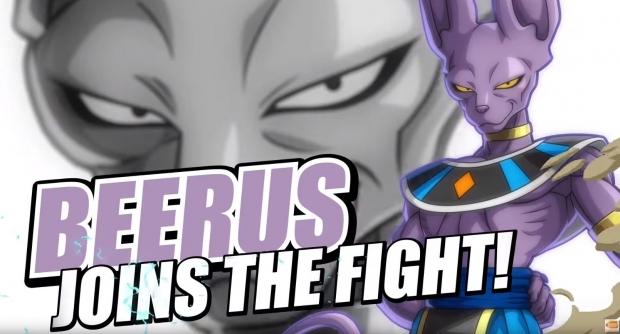