CES 2018 - At CES 2018, SuperMicro's subsidiary, SuperO, showed us a glimpse of their C9X299-PG300. The new C9X299-PG300 will replace any X299 motherboard we might have showed you at Computex, and will be available shortly. The new motherboard has enhanced VRM and M.2 cooling, as well as simple and straightforward aesthetics. 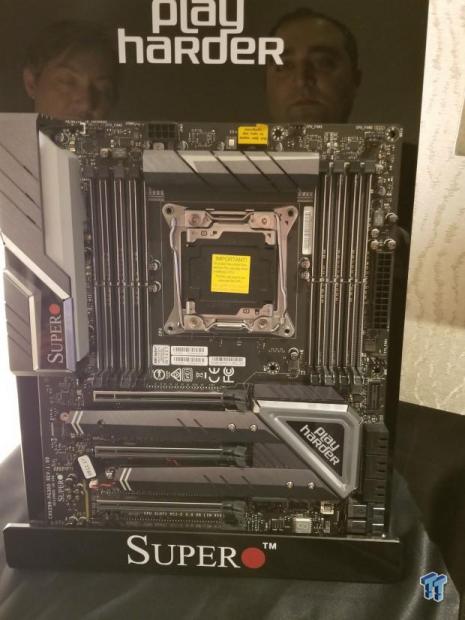 The motherboard's revamped VRM supports 300W TDP CPUs, and it's designed for overclocking. It features eight DDR4 DIMMs rated at up to 4000Mhz+, and you can load it up with 128GB of DDR4. The motherboard features four x16 PCI-E 3.0 slots, but bandwidth will vary depending on which CPU you use. We also find six SATA6Gb/s ports, two U.2 slots, two x4 PCI-E 3.0 M.2 lots, 10Gbit LAN, 1Gbit Intel LAN, and two customizable RGB LED headers.