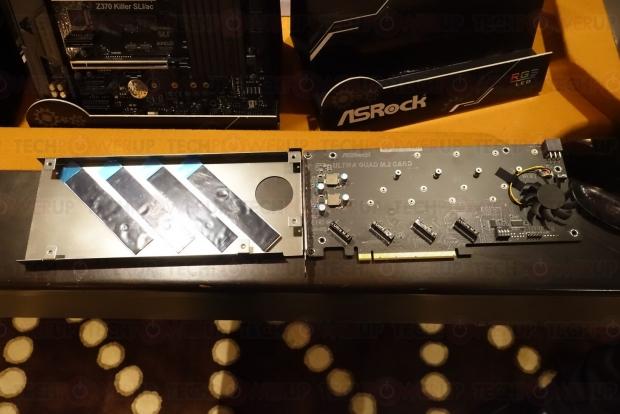 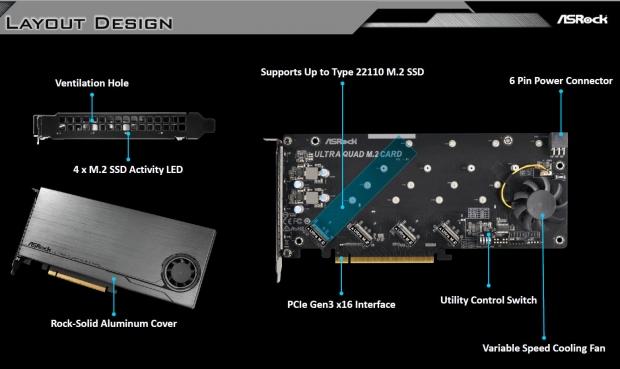 ASRock says that the angled placement of the M.2 sockets is better, as it minimizes the trace distance from the M.2 slots to the PCIe slot. 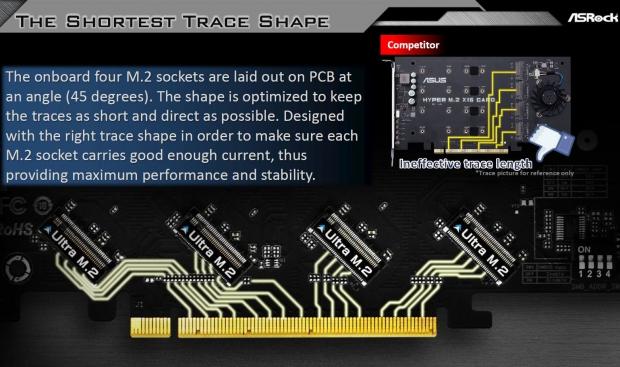 You can't just throw the ASRock Ultra Quad M.2 Card into any system, as it has no PCIe switch on-board, so you'll need to own a motherboard with PCIe bifurcation support. High-end chipsets have this, with ASRock pointing in the direction of Intel's latest X299 chipset, as well as AMD's new X399 chipset.

As for the price, we should expect somewhere in the $70 range when it launches later this year - minus the super-fast, expensive M.2 SSDs, of course.