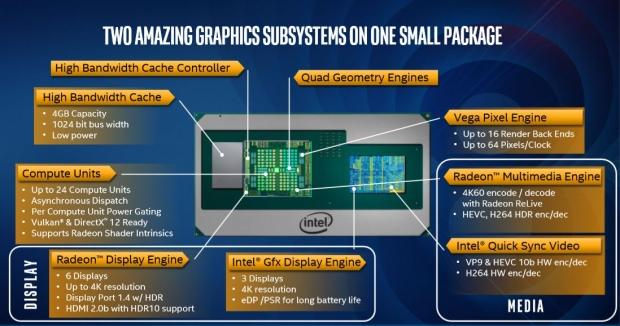 Inside, there are two graphics subsystems on the single package courtesy of Intel using the Radeon RX Vega M on the left with 4GB of HBM2/HBCC on a 1024-bit bus, with 24 Compute Units and support for up to 6 displays. The GPU supports up to 4K, and has support for DisplayPort 1.4 w/HDR, HDMI 2.0b and HDR10.

On the right, the Intel side of things has an Intel Gfx Display Engine with support for 3 displays at up to 4K, and support for Intel Quick Sync Video which provides VP9, HEVC, and H264 hardware encoding/decoding. 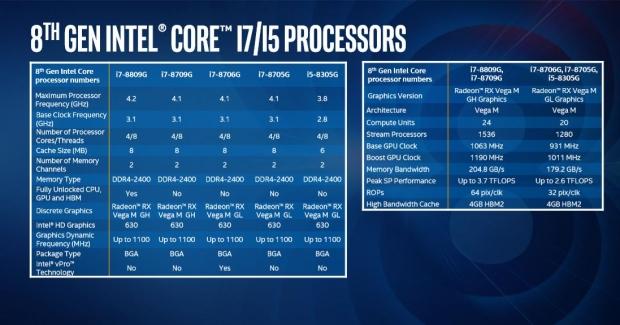 These are the new SKUs we're to expect, with the flagship Core i7-8809G. 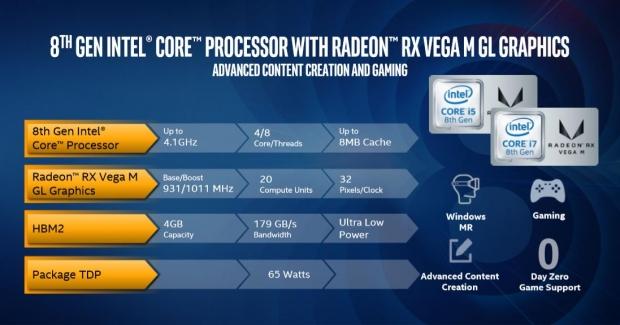 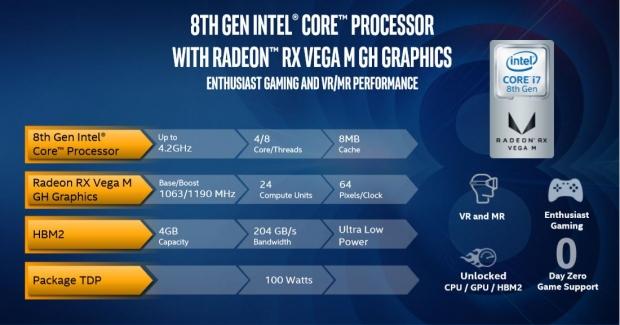 The other SKU has the same 4C/8T of CPU power but this time 100MHz faster at up to 4.2GHz, while the GPU packs four more Compute Units bringing us up to 24 CUs and 64 pixels/clock with the same 4GB of HBM2 but spun up to 204GB/sec of memory bandwidth, with a TDP of 100W. 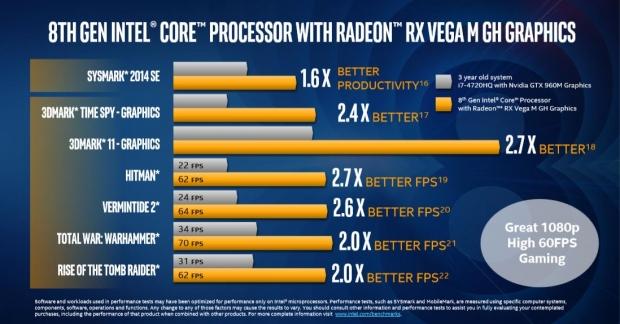 Intel benchmarks this against a 3-year-old PC with the Core i7-4720HQ and dedicated GTX 960M graphics from NVIDIA. 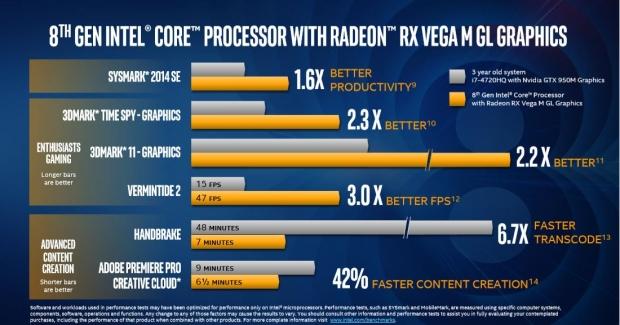 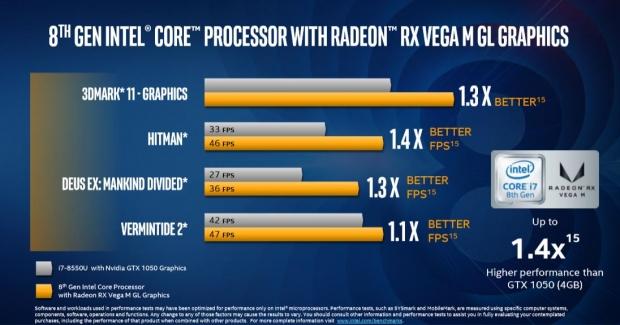