NVIDIA is expected to launch their new GeForce GTX 1070 Ti as a direct competitor, and killer of AMD's recently limped to market Radeon RX Vega 56. AMD's new Radeon RX Vega 56 is a great value for money card when compared to the GTX 1070, but the new GTX 1070 Ti will take care of that. Today, we have KFA2's leaked GTX 1070 Ti EX. 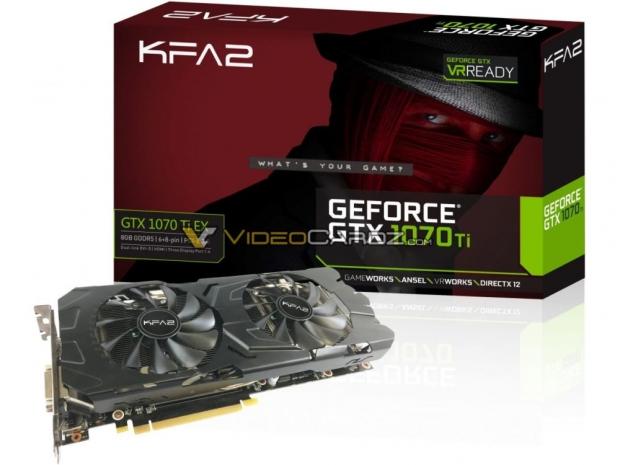 KFA's new GeForce GTX 1070 Ti EX rocks a dual-fan cooler, with our first look at the retail packaging. We have 6+8-pin PCIe power connectors, with 8GB of GDDR5 on-board. The usual suspects of specs with the GTX 1070 Ti, which should arrive on October 26. 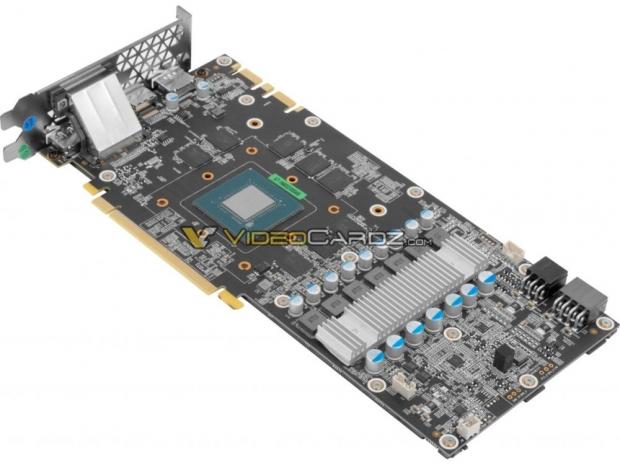 Another sneaky shot, this time of the PCB.