Just a day after a leak revealed some interesting design changes and specs of the upcoming Mate 10, Huawei has released the first official teaser. 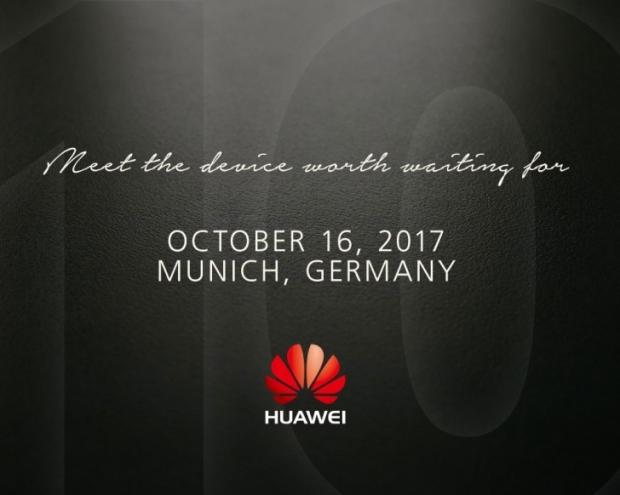 As rumored, the Mate 10 will be launched on October 16th in Munich, Germany. The teaser doesn't reveal much, but the company promises it will be a device 'worth waiting for'.

The company's CEO already confirmed that the phone would have a bezel-less design and some reports suggest a 6.1-inch QHD screen. The Mate 10 will be powered by Huawei's first 10nm processor, the HiSilicon Kirin 970. The Mate 10 should be the Huawei's first smartphone to feature this yet-to-be-announced chipset. The phone is expected to come with 6GB of RAM and 64GB of internal storage.

The specs and the first renders look good, however, however you'll probably have to pay for it. Rumors suggest that the phone will be priced at over $1,000, the same as the Galaxy Note8 and iPhone 8.