We're just nine days away from the Galaxy Note8 launch, and Samsung has finally revealed the first official teaser. 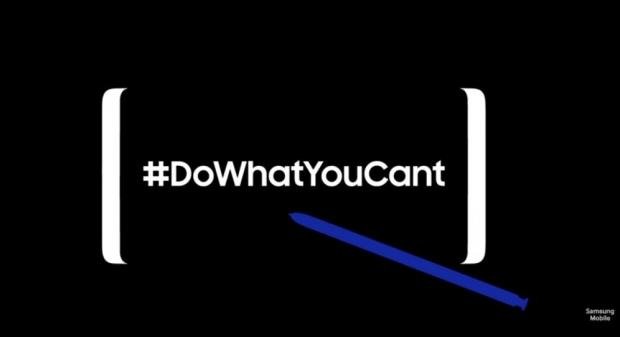 The teaser doesn't reveal much, it's more of a pumping up the anticipation and playing with words. For example, the Korean company replaced the word 'talk' with the word 'act' and 'update' with 'innovate. At the end of the short video, Samsung invites us to "do bigger things" starting August 23rd.

Read also: A video of the iPhone 8 leaks: Is this the final design?

Numerous reports stated that the Note8 would be Samsung's most expensive smartphone, and according to previous leaks, the 128GB version of the phone could carry a price tag of over $1,100. Interestingly, this is also around the rumored price of Apple's upcoming iPhone 8.

The Note8 should be the company's first dual camera smartphone and a direct competition to Apple's upcoming iPhone 8 and Google's Pixel. Just a week after the Note8 launch, LG will launch the V30, the phone that will likely raise the bar when it comes to smartphone cameras.