2K Games' new president David Ismailer has laid out a fresh five-year plan for the label that will tap the strengths of its catalog IP including its growing AAA games business and annualized sports titles. 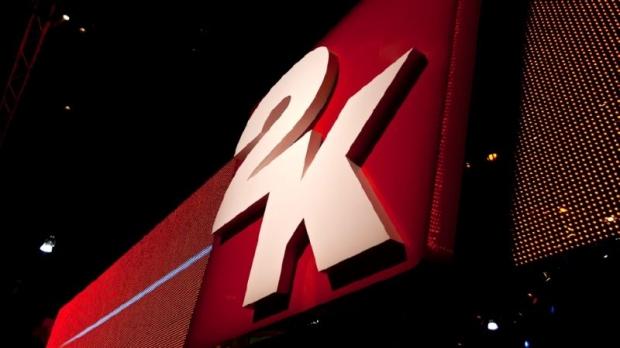 Despite releasing a number of key games in FY17 like Mafia III and Battleborn, 2K Games didn't contributed as strongly to total fiscal year sales earnings as it normally would with such a hefty release slate. Of course it didn't help that Battleborn was quickly swallowed up by Blizzard's Overwatch, and Mafia III was plagued with a rocky start. The current fiscal year, FY18, sees 2K Games' slate much thinner than usual. The label's newly appointed president, David Ismailer, has laid out a new five-year plan that will leverage the label's beefy catalog in strategic ways to help boost earnings.

In a recent interview with Games Industry.biz, Take-Two Interactive CEO Strauss Zelnick and 2K Games President David Ismailer discuss the future of the label. The publisher's "huge" new game is still on for FY19, which is likely to be Borderlands 3, and 2K will continue annually releasing sports games from its WWE and NBA IPs to help bolster profits. Ismailer affirms that his new five-year plan isn't dramatically different from 2K's current strategies, but he is aiming to release a new AAA game every year.

"2K had a really good season this past year, but it was, for the company, still relatively thin. And it didn't help that Battleborn wasn't a big success," Take-Two Interactive CEO Strauss Zelnick said in the interview (note: Take-Two owns 2K Games).

"So part of it is the level of success, part of it is the schedule, and part of it is finding the human resources to actually take the intellectual property that we own and bring them to market. Those are an array of challenges, juxtaposed against the uncertainty of how long it takes to make a AAA title, which means we can find ourselves in fiscal 2018 with a much thinner schedule than we'd like."

"But it wasn't intentional, and obviously fiscal 2019 will look much better with the launch of Red Dead 2 and a huge new title from 2K, as well as the 2K Sports titles, catalogue, recurrent consumer spending, NBA2K Online in China, Social Point and the like. We've already said that fiscal 2019, which isn't that far away, is $2.5bn net sales minimum, £700m cash flow from our operations minimum... that's pretty consequential."

"We are moving in the direction of that goal, David has outlined his five-year plan that will get us part way there. Obviously we know what Rockstar tends to do. And Rockstar's activities have been transformed by Grand Theft Auto Online."

Mr. Ismailer goes on to highlight his future plans for 2K Games, iterating the label's strengths and popular IPs while confirming the company will dabble in mobile gaming in Asia if the market is right.

"Our goal is to grow and to continue focusing on a few key areas. We have NBA and WWE, we have our strategy business with Firaxis, we have a triple-A business. We are going to look at mobile and on Asia. Those six buckets are our key focus areas and growth opportunities," 2K Games President David Ismailer said in the interview.

"I don't think there's radical changes in the strategy. Ideally, we will have one triple-A title every single year."

"Looking ahead to fiscal 2019, we expect to deliver both record Net Sales and record net cash provided by operating activities, in excess of $2.5 billion and $700 million, respectively, led by the launches of Rockstar Games' Red Dead Redemption 2 and a highly anticipated new title from one of 2K's biggest franchises," Take-Two CEO Strauss Zelnick said in a May fiscal earnings call.