The Moto Z Play was announced back in August last year, and now, the company is preparing to unveil its successor, the Moto Z2 Play. 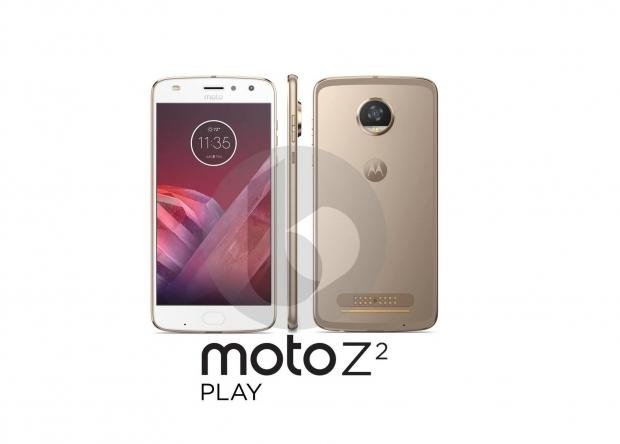 According to Evan Blass at VentureBeat, the Moto Z2 Play will be slightly thinner and lighter than last year's model, which would put the device more in-line with the rest of the Z series. However, to make the phone thinner, the company had to compromise somewhere which resulted in smaller battery capacity, according to the report. The original Moto Z Play had a 3,510 mAh battery, while the Moto Z2 Play is expected to feature a 3,000 mAh one.

The display will remain the same, 5.5-inch Super AMOLED with 1080 x 1920 resolution, but the other specs of the phone will receive an upgrade.

The Moto Z2 Play should be powered by Qualcomm's Snapdragon 626 clocked at 2.0Ghz. The device is expected to come with 4GB of RAM, which is 1GB more than the last year's Z Play, and internal storage should be doubled, compared to last year's model, to 64GB.

According to the same report, the Moto Z2 Play will come with a 12MP rear camera and a 5MP front shooter.

Like its predecessor, the Moto Z2 Play will be compatible with the MotoMods, such as JBL SoundBoost speaker, Moto insta-share projector, and Hasselblad True Zoom.

Blass says that the phone will be available in two color options - Lunar Gray and Fine Gold. The device will run Android 7.1 Nougat, and some reports suggest that the company might launch it next month.