More and more phone manufacturers choose to feature dual cameras on their phones, usually on the back of the phone with some exceptions. However, Alcatel decided to manufacture a phone with a dual camera on both front and the back. 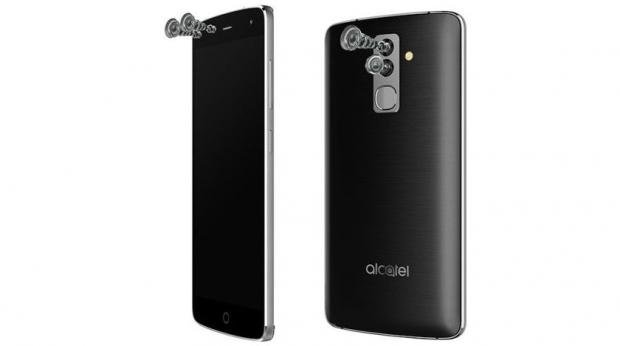 The Alcatel Flash has two 13MP cameras on the back that allow users to capture 4K video. On the front of the phone, there is one 8MP camera and another 5MP camera sensor, with autofocus and dual-tone flash.

The 5.5-inch display phone is powered by a deca-core Mediatek MT6797 Helio X20 and comes with 3GB of RAM and 32GB of internal storage expandable with a microSD card.

Other features include a fingerprint sensor and a 3,100 mAh battery.

The Alcatel Flash will be available in May in the Middle East, at least at first, at an unknown price.