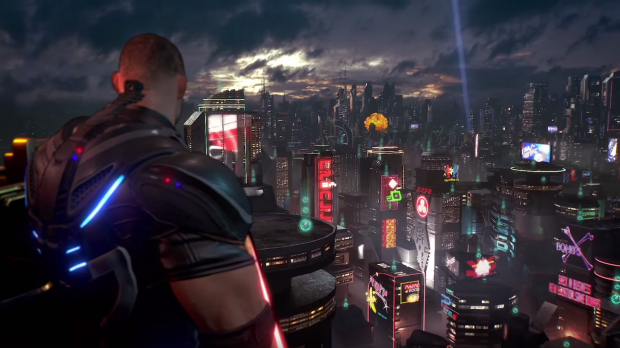 Eurogamer's Digital Foundry has confirmed that it will reveal Microsoft's Project Scorpio tomorrow at 9AM EST / 6AM PST, but what about the games? Windows Central previously reported that the monster 4K console would showcase high-end native 4K gameplay in major Xbox exclusives such as Forza 7, as well as third-party games like Shadow of War, Red Dead Redemption 2, and Battlefront 2. We're not sure if Microsoft will show off any third-party games during tomorrow's reveal, but it's highly likely we'll see a game that's been MIA for quite a while: Crackdown 3.

Here at TweakTown we've extensively reported on Project Scorpio over the years. It's been quite an amazing journey to see all of these consoles come to market. We've covered everything from Sony's PlayStation 4 Pro aka PS4 Neo, Nintendo's hybrid-handheld Switch console aka the NX, and Microsoft's Project Scorpio, which could be called "Xbox One X" or my personal prediction, "Xbox One Ultra."

Tomorrow will be one of the most important days in Microsoft's and Xbox's history, and we'll finally get answers to our most burning questions. What does Project Scorpio rock under its hood? Is the 6TFLOP GPU based on AMD's Polaris or Vega graphics architectures, or both? Does it tap AMD's new Ryzen CPU? What about those 4K assets...will we have to download those separately? Can Project Scorpio REALLY do native 4K gaming? Can it do 4K 60FPS, and if so, what graphic preset is it set at? How do old games with dynamic resolution like Halo 5 look on 4K displays? Can Project Scorpio hit 1080p 60FPS+ in older and newer Xbox One games?

And most importantly: How much will Project Scorpio cost?

Hopefully Microsoft can live up to the hype, and I expect to be blown away this time. The Xbox One almost killed the Xbox division, and Microsoft is keen on reversing that catastrophe. They need another win, and Project Scorpio could be it.

Click here to read everything we know about Project Scorpio so far.