Early builds of Microsoft's "monster" native 4K-ready Project Scorpio console have been fired up, and Xbox division head Phil Spencer got first crack on the system. 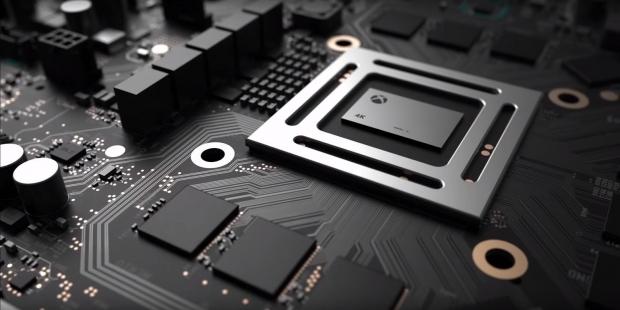 Now that AMD's Ryzen CPU and high-end Vega GPU architectures are starting to mature, especially the Raven Ridge APUs that combined both potent technologies in a single scaled chip, Microsoft's Project Scorpio console is starting to take shape. In fact, the team just tested out one of the very first Project Scorpio builds, and Xbox's Phil Spencer took the "beast" for a ride and played some Xbox games on the high-end system for the first time. How was it?

Microsoft has recently touted that the team has made significant strides and progress with Project Scorpio's development. Now Spencer's recent Tweet only adds more affirmations to Xbox gamers that the system is indeed coming, and will likely hit its Holiday 2017 projected release date.

In fact, Xbox division head Phil Spencer says the Xbox design team is making strides on the system. When asked if Project Scorpio will be revealed pre-E3 2017, Spencer said: "Really wish I could, design team is doing their "thing" again, really happy with what they've been able to do."

Original Xbox One (and maybe Xbox 360 games) will leverage new upgrades with the hardware similar to Sony's PlayStation 4 Pro, but Microsoft hasn't been too explicit about this process, but expect the upgrades to be much more potent and pronounced than PS4 Pro's onboard Polaris GPU.

We can't wait to see Project Scorpio unveiled, but we'll likely have to wait until E3 2017 in June for an official reveal.

Project Scorpio will release Holiday 2017, likely for a price point of $599 or so. Check below for everything we know about the console so far.