HTC unveiled their latest smartphones earlier this year, the U Play and U Ultra, but they are yet to unveil a worthy successor of the HTC 10. Although it has been rumored that the device will be named the HTC 11, trustworthy leaker Evan Blass gave us some new insight into the HTC's this year's flagship, and it seems that this name is out of the game. 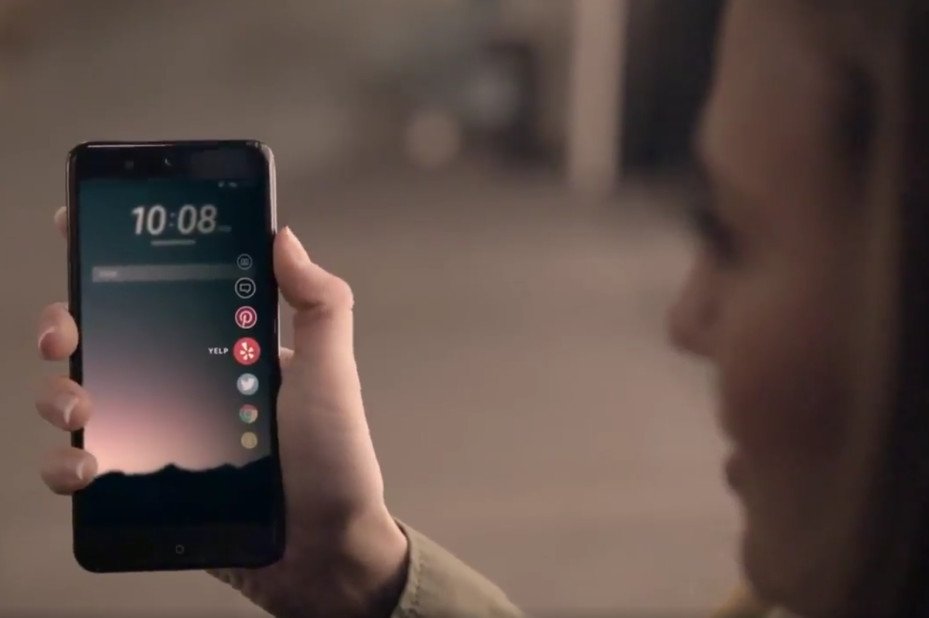 According to Blass, HTC chose a rather simple name for their upcoming device - HTC U. The device is codenamed Ocean, and it turns out we already saw a glimpse of it last September when a video of the then-called Sense Touch feature leaked. The new leak has stated that the Taiwanese company has decided to go for another name, Edge Sense, but it is the same thing.

This feature will allow you to control a number of customizable actions with gestures that you perform on the U's metal frame (instead of the screen). As shown in the video, you will be able to perform actions such as turning the volume up or down by swiping along the left of right sides of the device.

As for the specs, as rumored, the HTC U will feature Qualcomm's latest processor Snapdragon 835. It will come will a 5.5-inch QHD display, and it will run Android 7.1 Nougat underneath HTC Sense 9.

Previous rumors suggested that the HTC U might feature 6GB of RAM, but this leak doesn't mention RAM size at all. However, it does say that the device will offer 64GB or 128GB of internal storage.

As for the camera, the HTC U will rock a Sony IMX362 sensor on the back with 12MP, while the selfie shooter will be a massive 16MP IMX351.

The new HTC flagship will be unveiled in mid to late April, meaning a year after the HTC 10, and it should hit global markets in early May.