If you've played the Mass Effect: Andromeda 10-hour trial on PC or Xbox One, then you have a pretty good idea of how it'll play when it finally ships.

BioWare has confirmed that Mass Effect: Andromeda's day one patch is included in the PC and Xbox One versions of the trial. This means that the trial is indicative of the final experience, and the wacky character animations (we have a video incoming to show you how awkward and they are) won't be fixed when Andromeda ships on March 21, at least on these platforms. Don't hold out much hope for the PS4 version magically getting a better day one patch than PC or Xbox One, however, especially since BioWare signed a marketing deal with NVIDIA.

I personally tried the Mass Effect: Andromeda demo on PC and I can say the game runs pretty well on older AMD cards like the HD 7970 and R9 390...but only if you have the latest Radeon Software 17.3.2 drivers. Otherwise you'll get mediocre performance to say the least. It's also worth mentioning that these drivers are currently in their beta phase.

Before I downloaded the latest drivers, I ran Mass Effect: Andromeda on the current non-beta 17.2.1 drivers, and the game didn't run smooth at all. There was FPS fluctuations on both HD 7970 and R9 390 cards, with no real smooth and consistent FPS--frame rates went anywhere from 25-45 FPS in 1080p at Ultra presets, and up to 70FPS+ in dialogue conversations.

But performance dramatically increased after I installed the Radeon Software 17.3.2 drivers, and rightly so: the drivers are optimized specifically for the game.

Anthony will run the game through its paces soon across his full fleet of video cards, so keep an eye out for our benchmarks soon.

All in all the game certainly feels off in my opinion, at least in the trial, and there's lots of strange problems including character animations and facial animations. I was hoping the game's day one update would fix things, but at least AMD's drivers will help tighten up gameplay on older cards like the R9 390 and HD 7970. 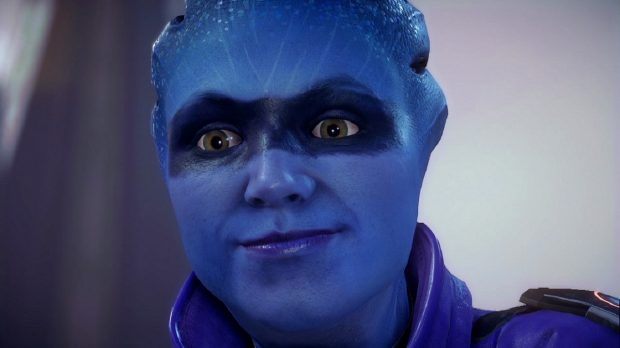