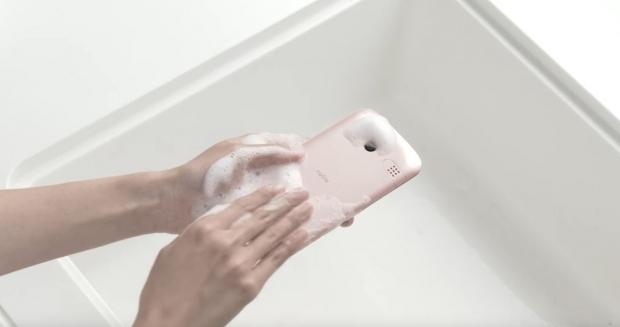 The second generation of the washable smartphone will also be resistant to foaming body soap in addition to the hand soap. Meaning you can wash your smartphone while showering. Handy, isn't it?

You can also use your phone while wearing gloves or with wet hands.

As for the specs, the Rafre comes with 2GB of RAM and 16GB of internal memory expandable with a microSD card. The 5-inch phone comes with a 13MP main camera and 5MP selfie cam. There is also a 3,000 mAh battery, and notably, the phone comes with Android 7.0 Nougat.

The device comes in three colors - Pale Pink, Clear White, and Light Blue. It will be available in Japan in March this year.