We've seen numerous leaks regarding Samsung's next flagship, but when Evan Blass leaks it - you know it's the real deal. A new report from Venture Beat brings us the specs and the first image of the Galaxy S8. 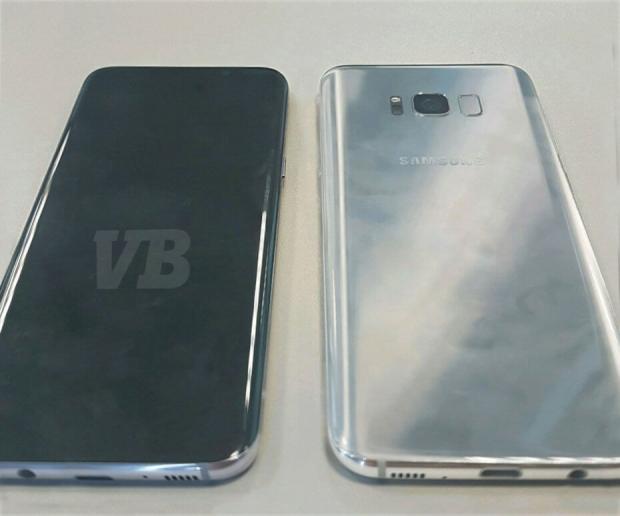 The device will be powered by Qualcomm's latest Snapdragon 835 or Exynos processor, depending on the market. The Galaxy S8 will come with 4GB of RAM and 64GB of internal storage expandable with a microSD card.

The phone will also feature a 12MP main camera and an 8MP selfie cam, both with f/1.7 aperture. The battery capacity of the Galaxy S8 will be 3,000 mAh, while the S8 edge will have a slightly bigger 3,500 mAh battery just like the previous generation S7 and S7 Edge.

As previously rumored, the home button is gone, so the fingerprint sensor will move to the back of the phone. Also, the headphone jack remains intact.

This is the Samsung Galaxy S8, launching March 29 https://t.co/lQZ0K0q2MA pic.twitter.com/dlusRMX4YH

Venture Beat also says that the Galaxy S8 will come with the same iris-scanning capability that debuted in the Galaxy Note7.

The report also notes that the rumors regarding the delay were correct and that Samsung intends to unveil the Galaxy S8 on March 29th.