Microsoft has announced they are partnering with top PC makers, such as HP, Lenovo, Dell, ASUS, and Acer, to build VR headsets. Although some of the listed companies have made their VR devices, none of them is a major player in the virtual reality are, where the market is run by HTC's Vive, Facebook's Oculus Rift, Samsung's Gear VR and Sony's PS4-powered PlayStation VR. Interestingly, Microsoft worked closely with Oculus in the past, but that company isn't listed as one of Microsoft's partners for the new VR headsets. 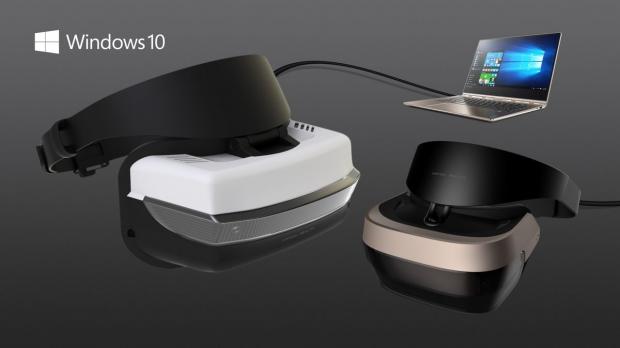 Microsoft was a bit stingy with the information regarding their new VR headsets, but we do now the VR headsets' prices will start at $299, and they will come to the market in 2017. The headsets will ship with 6-degrees of freedom sensors, which also includes inside-out tracking.

The headsets will work on Windows 10's Creators' Update, coming in early 2017. This free update will bring a lot of 3D features and represents companies push into augmented and virtual reality.

While Microsoft hasn't provided very much information about the new headsets, we do have some clues about some of the third parties.

Acer recently teamed up with Starbreeze to make its StarVR headset, which rocks an impressive 5120x1440 display. Given the Windows 10 powered headsets are all about affordability, we don't expect to see insane resolutions with Acer's VR headset, but the company could apply some of the techniques they learned while working alongside Starbreeze.

Microsoft also revealed the Surface studio, an ultra-thin transforming all-in-one aimed at transforming your desk into a fully-fledged workstation studio.