Long before Guitar Hero: Metallica made its debut in March 2009, Kotaku revealed in 2011 of another band-themed game that unfortunately didn't go anywhere. The title, named after one of Metallica's songs: 'Damage Inc.' never saw the light of day. The track was scheduled for 2005, but never reached store shelves.

The team at PtoPOnline recently published an extended gameplay trailer showing off the content and style of the game in more detail. Damage Inc was designed to be a post-apocalyptic vehicular-combat-action themed concept with a somewhat Mad Max influence jammed into the mix of it all. The video demo provides an incomplete version of the concept art by artist, Calum Alexander Watt and game extras for what was originally developed for Sony PlayStation 2, and eventually Xbox and PC.

Whilst the rumors for a comeback were spreading around the gaming industry to see it launch on the Sony PSP, that fizzled as well with any hopes of a return. It seems that the heavy metal band wasn't set out for making anything other than great music! 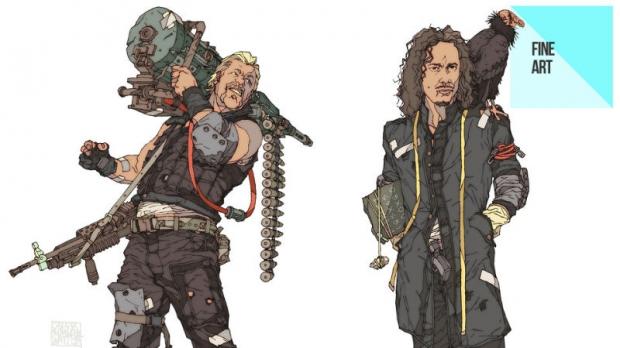