Microsoft has just released a new Minecraft Favourites Xbox One S bundle pack. The game themed offer is available now from Microsoft's official Xbox website and comes with a 500GB Xbox One S console, alongside a digital copy of Minecraft: Xbox One Edition and a wireless controller. 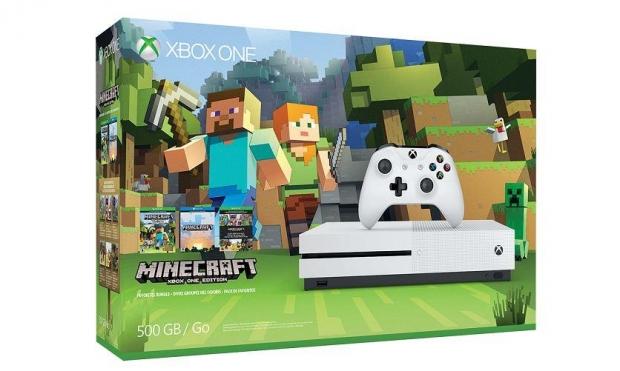 The bundle will set customers back $300, and will also include numerous DLC packs, character skins, updated maps and more! Those who purchase the Xbox One S console bundle will also be given a fee download code for Minecraft: Windows 10 Edition Beta, and a 14-day Xbox Live Gold trial membership.

North America can purchase the Favourites bundle now, whilst Europe will see release on October 11, and Australia and New Zealand on November 1.