For the upcoming release of Battlefield 1, Microsoft has created a new bundle pack for customers purchasing the latest Xbox One S console. The new look is for the Xbox One S (1TB) bundled with Battlefield 1 Special Edition , which is available for pre-order from various game stores, and Microsoft itself. 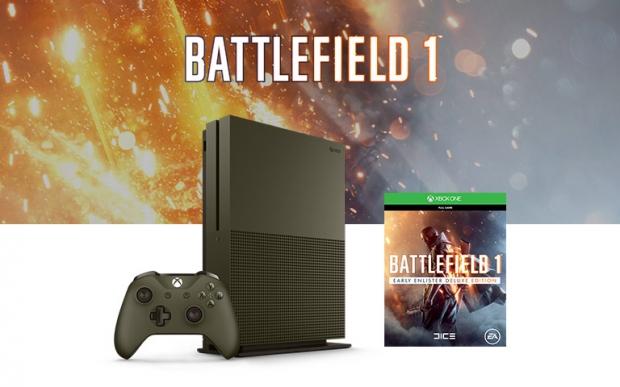 Gamers wanting to purchase this exclusive model, won't have to wait too long as it will be available 13th October. The Battlefield 1 themed Xbox One S console will be setting gamers back around $449 from the Microsoft store, depending on the region.

One of the biggest changes made is the appearance. The obvious colour difference is in keeping with the army/battle theme from the game. The dark, military green console comes with a matching controller and stand. The bundle pack also includes Battlefield 1 Early Enlister Deluxe Edition, which comes pre-installed on the console. The Deluxe Edition also provides the Hellfighter Pack, Red Baron Pack, Lawrence of Arabia Pack, and a new visual appearance of the Behemoths

The Battlefield 1 console bundle also includes one month of EA Access. This allows gamers to enjoy up coming EA games on Xbox One for a limited time before they're released. 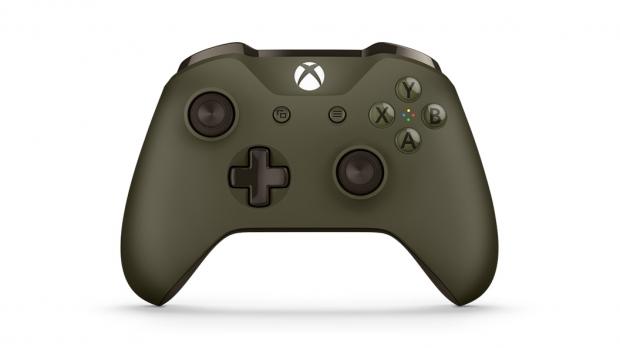