Don't worry about the Zika virus everyone, Samsung has released its official Galaxy S7 edge Olympic Games Edition, which is surely to be a cash-in. 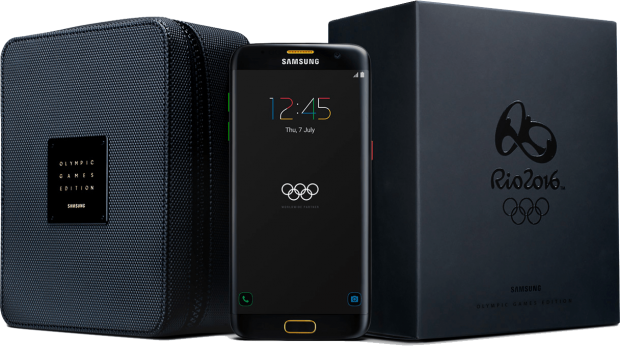 Samsung is pricing the Galaxy S7 edge Olympic Games Edition at $970 or so, with Samsung to sell the new Olympic Games themed Galaxy S7 edge in Brazil, China, Germany, Korea and the United States. It will feature a customized UI, and a theme that will match the dark chassis, which looks pretty damn good I must say.

The new Samsung Galaxy S7 edge Olympic Games Edition comes in two variants; one with the Qualcomm Snapdragon 820 and the other with Samsung's own Exynos 8890 processor. Both smartphones feature a microSD card slot, with up to 200GB of storage mixing the on-board and microSD card storage together.