Quantum Break has been Quantum Broken on the PC since it launched, with Remedy Entertainment pushing out a new 'title update' for Windows 10 version of the game. 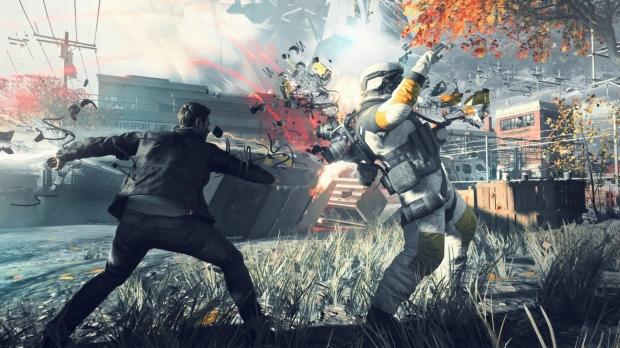 Remedy's PR boss Thomas Puha said that Title Update 2 for Quantum Break on Windows 10 is now available, with the new patch weighing an insane 27GB. Seriously, that's more than what full games weigh in at, with the new patch giving you the ability to turn on/off the film grain, upscaling, and fixes the niggly frame pacing problems.

There are plenty of other fixes, with the full details below: