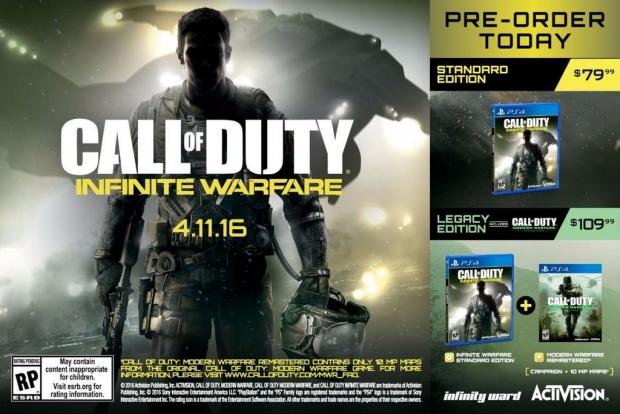 Call of Duty 4: Modern Warfare Remastered only comes with the CoD: Infinite Warfare Legacy Edition, which is listed at $109 in the promo. Given the standard version is set at $80, the prices are likely in Australian dollars, so the Legacy Edition should be priced at $80 with the standard edition at $60. We also get the same November 4, 2016 release date as shown in the previous leak, so this could be accurate.

Although Activision has yet to officially confirm Call of Duty: Infinite or the remaster, this new leak matches the previous one to a tee. Plus Activision indirectly hinted that the Modern Warfare Remaster is indeed real with a curious Twitter response.