Valve has just pushed out another SteamVR beta, with the new update including some fresh work to many parts of the software. Valve still calls SteamVR a beta, so don't expect it to be perfect. 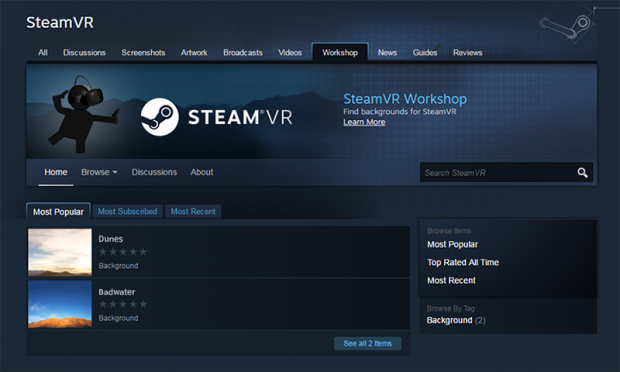 The new SteamVR beta includes an update to make the visual quality of the screen better, with gaze-based controls provided to adjust and realign the image you see, in case of drift. Valve has also included keyboard support that follows your desktop PC and its locale settings, while the Dashboard feature allows you to customize the play area, color, and opacity.