Virtual reality is a magical doorway to another dimension--a dimension where just about anything is possible. But unless you've actually tried a VR headset for yourself, it's hard to fully grasp the scope of the new platform. Thankfully, Valve has us covered.

Valve has just published a brand new video that shows everyday people what it's like to wear an HTC Vive headset--and the best part is that you don't need to actually strap one to your face. Using special green screen tech, Valve allows us to see everything that the Vive wearer is seeing--but of course, it's stuck in 2D for us. Even still the video is jam-packed with enchanting wonder and whimsy, and reveals a unique world of delightful entertainment.

The video shows off footage from a huge assortment of HTC Vive's SteamVR launch games including The Lab, Job Simulator, theBlu, Everest VR, Budget Cuts, and Elite Dangerous. If you're thinking about picking up a Vive, or any VR for that matter, the footage is a great crash course into what you can expect from this new generation of hardware. But the Vive isn't just about gaming--Valve asserts that the platform will be used for tons of entertainment, scholastic endeavors like historical representations throughout time, and even medical treatment.

Remember that Vives are starting to ship now, but the company has had some troubles processing orders, so be sure to check your order status to see if you're affected. 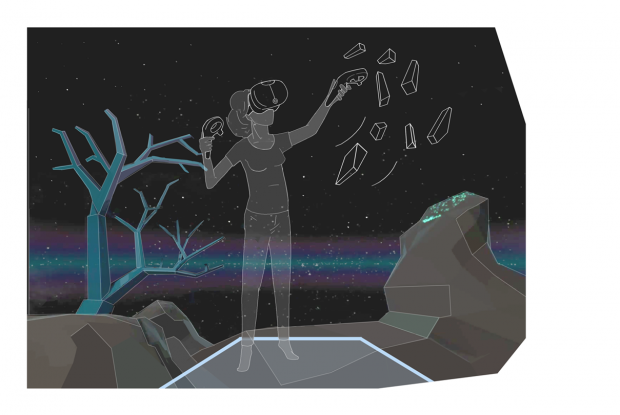