The future of gaming and technology is here, thanks to the Oculus Rift and HTC Vive shipping months before Sony can get its own PlayStation VR in the hand of its consumers. But what game will be big enough to sway the naysayers from their flat screens, into the 360-degree, all-encompassing world of VR? Star Wars, that's what. 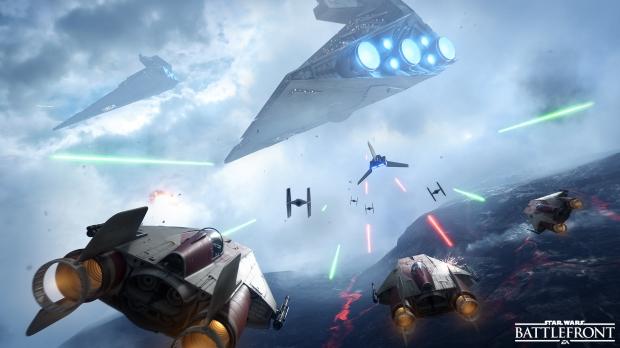 He continued: "Star Wars is a great example of something that we will really own during that launch period. But over time there will be games that launch, where we've been helping with the development process, that will be most special on PlayStation VR, whether it's exclusive or not. It's going to be best played on PlayStation VR".

Star Wars Battlefront VR will be an exclusive to Sony's PlayStation VR system, with VR being a personal technology, Koller continued: "The role of exclusive VR games is a little different than what we see in the general console space. For example, I don't believe that there needs to be one particular killer app. There can be a range of killer apps. VR is so personal. It really depends on what experience that person wants and what they think is really great. That's different than our (console) platform launches, where you generally can say, 'That's the game' (that will help drive hardware sales)".