Driveclub just keeps getting better and better with each update. And the March update, which weighs in at a small 300MB, is no exception, even if it's going to be a bit small. 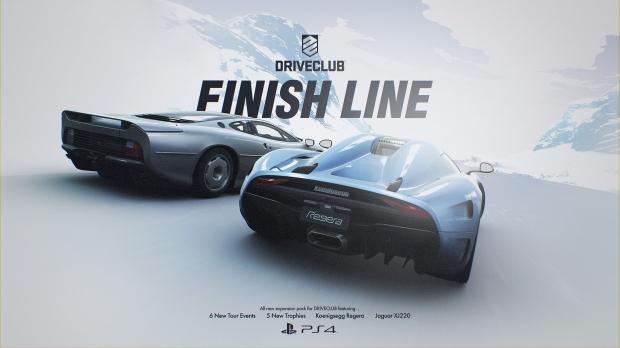 That 300MB includes an all new Drift Mode that's actually scored, with a leaderboard to compare your scores against others. Just remember to try not to slam into walls, even if it's the natural thing to do for the uninitiated. They've also added 25 more levels for Elite and the normal Driver level, so the Elite caps out at 60 and Driver at 120. 35 new club levels have also been added, capping that at 120 as well.

Some of the UI has also been updated a bit to help showcase some of the #PS4share images that are shared throughout the Interwebs. If you participate, then you might also find your photo being enjoyed by others in the future, if you're lucky. Two new cars and two new bikes are also making into the update; the Koeniggsegg Regera and the Jaguar XJ220, MV Agusta Brutale 1090 Corsa and the MV Agusta F4RC. The full patch notes are right here if you need to take a look