IO Interactive is making Hitman a more interactive experience, adding in a "live" component to the mix that makes the game more true to live than any game has ever attempted in the past. 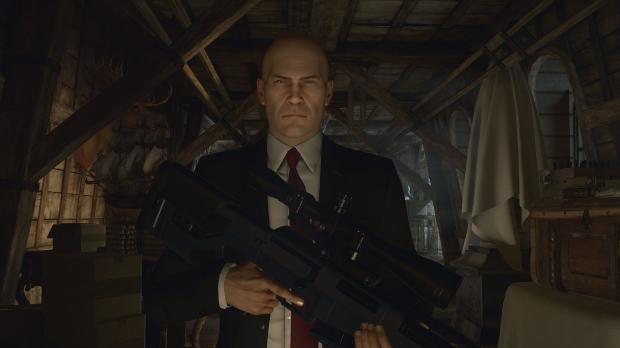 But just how are they going to incorporate live events into a video game that isn't a persistent MMO? One way is the addition of what they're calling "Elusive Targets" which are contracts for custom-made characters that are only in an existing location for a limited time, and in real-time. So you only have one chance to complete the contract, and if you don't, then you'll never have another chance.

Each Elusive Target will have a custom briefing video, a backstory and a unique reason for being in that location. When you're actually playing in the location, the Elusive Target will not appear on the map and will not appear in Instinct. Meaning you've got to use actual skill to find and eliminate the target. There's no help here. And the save game mechanism will be turned off, so you won't have any second chances. It's all or nothing. There'll be exclusive prizes and rewards for completing these most difficult contracts.

Another live component they're adding in is called the Escalation Mode. This is where challenges will be pushed to your missions as you play them by the IO Interactive staff. You might have to take out a target a certain way, and when you do that correctly you'll have to kill the same target while wearing a certain costume. The levels become more and more difficult, and likely ridiculous as well.

Contracts mode is also making a return from Hitman: Absolution, where you can create your own custom missions based on in-game assets. You'll be able to share them and IOI will compile the best of those to feature for the community.

Something in the pipeline that they want to incorporate are "live challenges" where your skills will be put to the test with some amusing, elaborate and creative ways to complete missions and dispatch your enemies. This part isn't quite implemented yet, but they did notice the reaction to some of the ways in which people in the beta were going about the missions, and want to incorporate a community aspect to this.