NVIDIA has made it official, announcing that its partners will be bundling free copies of The Division with certain GeForce video cards. It all kicks off this week and lasts for around a month with the deal taking place throughout the US, Canada, most European countries, and a few Asian countries. 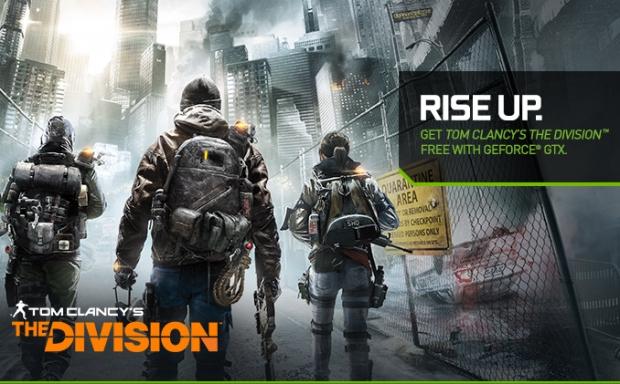 Earlier today we reported that NVIDIA has over 100 million GeForce gamers, with the company excited for the future of VR gaming. The company also announced record quarterly, and full-year revenue riding a huge wave of success in nearly every aspect of its business.