The movie industry is rife with a tremendous amount of talent,both on-screen and off-screen. Actors and actresses are challenged with having to get fully into their roles to convince us of whatever might be happening on screen. And surely they're the stars of the big-screen, but what about the people behind the scenes that make things go smoothly? The individuals who work diligently to make the experience a the experience truly cinematic, engaging and, ultimately, enjoyable. 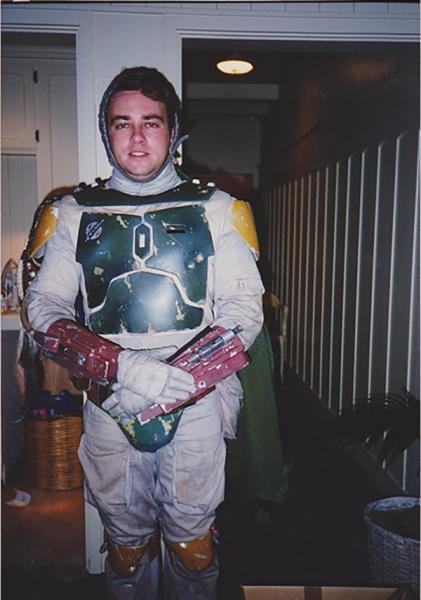 The attention is on the actors on screen, but behind the scenes is where the magic happens.

And we had the opportunity to interview one of the industries most talented animators, turned pre-visualization artists, Mark Anthony Austin. Throughout his career he's worked on 20 hit blockbuster movies that include Star Trek Beyond, Goosebumps, The Jungle Book (2016), Avengers, Oblivion, War Horse, X-Men Days of Future Past and even Star Wars - A New Hope - Special Edition, where he had the honor of playing the legendary Boba Fett. The one character in Star Wars that has had the least amount of on-screen time, yet has become one of the most popular characters of all time. 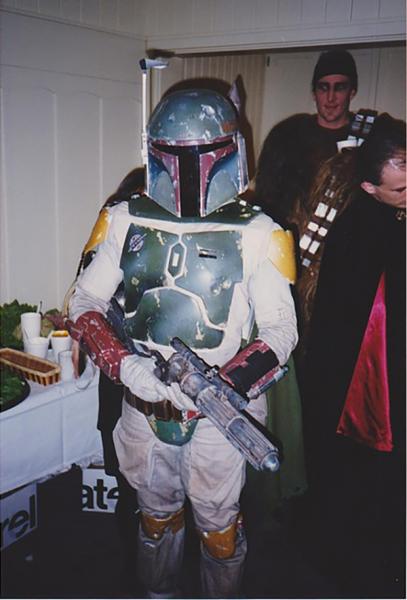 You've been able to play a role, on screen, of one the most popular Star Wars characters, if even for a small amount of time. Did you ever in your life think that you'd get to actually be Boba Fett?

Not ever. Not for a second. Back in 1979/1980 nobody made director's cuts of movies. There were no special editions or extended versions. I had an action figure and New Hope as the only movie released at that time. This action figure was the only clue as to the upcoming and much anticipated sequel.

There must be a story behind you got chosen. How did you get chosen to play the iconic bounty hunter?

It's a long story. I was working at ILM, they needed volunteers for Stormtroopers in a planned promotional event at Skywalker Ranch, of course I applied as did a hundred other ILM employees. The response was such that they expanded the planned event and Don Bies knew full well my obsession [with Boba Fett] and called me to try on the uniform. Since i fit the uniform I got invited back for a 2nd Star Wars summit. Then a friend informed me of the addition of Boba in a blue screen shoot and advised that I email the producer, which of course I did.... that's the edited version.

Even the short and edited version is rather exciting. What went through your mind when you got the part?

I cannot remember. Mainly because of disbelief and dread that something would go awry and it wouldn't happen. No surprise that I was ecstatic beyond words. My dream job and then actually becoming my hero. There's no comparison I can give to how lucky, destined, blessed I was.

Did you celebrate? I know I personally wouldn't be able to contain my excitement.

I cannot recall. Again I remember not wanting to jinx it.

What was the most exciting part about playing Boba Fett?

Everything. Every time I put on the uniform was incredible. Four times for me. Each one better than the time before.

Did you get to keep the armor, or any souvenirs afterwards?

A technician made sure every piece found it's way back into the box. The suit I wore (there are approx. 7 suits total) went on to tour with other SW costumes. At the fashion institute in LA it even said that i'd worn it on a plaque. 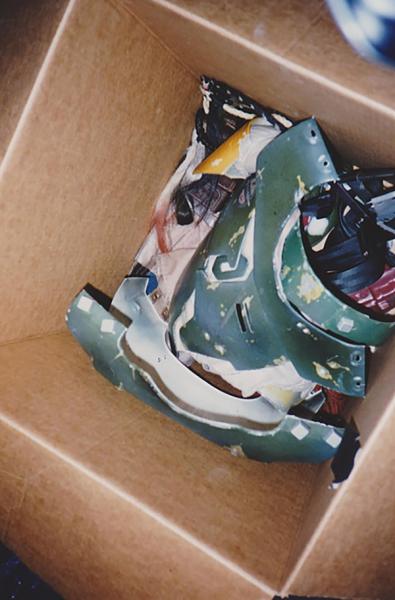 Of course you weren't allowed to keep anything. But the memories must be fantastic. Our readers absolutely love tech as well as science fiction, so I've gotta ask. While working at ILM, what kind of hardware were your workstations running?

I'm not very tech savvy and was even less so back then being a 2D animator turned 3D. They had Onyxs from Silicon Graphics if memory serves. This was 1994/1995.

What about at Disney? What brand of GPU do they use there?

Your occupation that you're in now sounds interesting, and quite important, but I'm not sure many people know what a pre-visualization artist is. What do you do for the film process?

But why create the shots virtually?

Think of the expense of bringing all those components together. Take a look at ANY live action shoot and you'll see an army of people and equipment behind the camera, not much in front of the camera. Where do you place the camera for the best effect? What lens do you choose? How high should the camera be? What distance should the camera be? How much of the set needs to be built? Where can you get away with green screens? How fast or slow should eveything play out?...... The list is endless.

This is why previs is becoming more popular. Not only can the entire set be orchestrated by one person (the previs artist) but also some experimentation can happen without having to pay the Robert Downeys and Emily Blunts to hang about, racking up the $$$ for their time.

Why do we animate the action as much as we do?

Because the action guides the camera.

All the set measurements are accurate and act as a template for the set design. Actors can see what's expected of them. A green screen doesn't convey much info but the previs shows the shot entirely, fully lit, all fx added.

Basically budgeting becomes easier as you know the shot going in instead of finding the shot on set with no preparation. Directors can buy off on the entire sequence of expensive shots knowing the pace works and the action flows before actors are even hired.

So it sounds like a good previz artist is a pretty essential part of movie making. What kind of projects have you worked on?

So many. Before previs I was a finals animation supervisor. My first movie was Casper (1994), it was during Casper that I got to play Boba Fett. I kicked ass on Casper, so they appointed me the sole animator on a little movie entitled, Star Wars - A New Hope Special Edition. The very same movie I'd filmed the blue screen for as Boba.

What was your favorite project out of everything you've done?

I loved working on the Avengers movie with Joss as I did so much of the movie and it all fell into place. I loved working on War Horse with Spielberg as it was an inspiration collaborating with him one-on-one. 300 - Rise of an Empire was great because of the previs crew. Goosebumps was awesome again because of the relationship with the director and great crew.

Right now it's Metal Gear Solid - The Phantom Pain but I loved to death Rainbow Six Vegas 1 and 2.

What kind of specs do you have in your personal PC?

My PC at home I do not use for work. I think it's important to keep home and work separate and never to let the two world's mix. It's not that great a tower system but it serves for home needs. 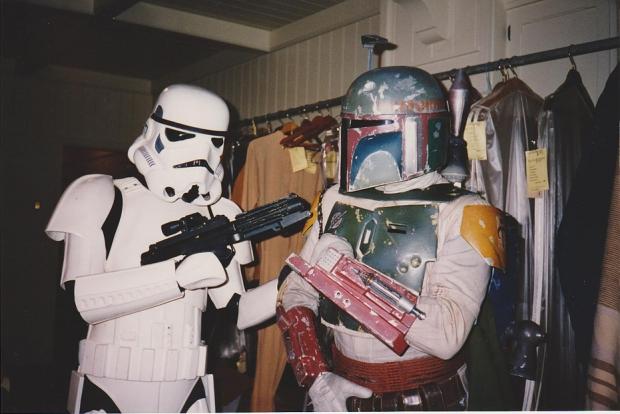 Thank you Mark for taking the time to answer our questions, we know your busy working on a super-secret project with your current company (which we're eager to see what it is), so we appreciate your time. Also, I think I speak for nearly everyone when I say that we're jealous of your opportunity to play Boba Fett, something people would likely literally kill for.

Be sure to check out his personal Vimeo page to see more of the work he's done, and you can always follow him on Twitter as well.