Bethesda has announced through a new blog post that the PC version of Fallout 4 will be patched first, with the Xbox One and PS4 patches to follow after. It feels like we're living in a Bizarro world right now. 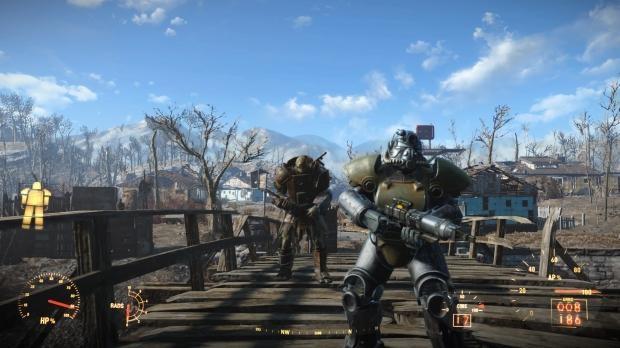 The developer says that Fallout 4 is its "most robust and solid release ever", but knows that the game is far from polished. In a blog post, Bethesda said: "It's true that the freedom our games offer you can lead to unintentional consequences that are sometimes bad, when the game combines too many unexpected elements at once. Given the scale and complexity of the systems at work, especially when allowing you to build your own settlements, we're happy that Fallout 4 is our most robust and solid release ever, and we'd like to thank our amazing QA staff who worked as hard as anyone to break the game so we could fix it during development".

Bethesda added: "Our process for updating the game will include releasing a beta patch on Steam, followed by full release on PC, then release on the consoles. This process has worked well for us in the past and allows us to get more fixes out faster". Bethesda also added that we should "[e]xpect to see more updates, that are smaller and more frequent, than a few big ones. This allows us to make sure each fix is working right, as any change can have unintentional side effects in a game this huge".