Playing Xbox 360 games on Microsoft's Xbox One console has been a hugely requested feature since the console released in 2013. Now Microsoft is making good on their promise by releasing the full list of the first 104 Xbox 360 games that have made the cut. Sadly it looks like a good portion of popular favorites are absent--most notably Red Dead Redemption and Call of Duty: Black Ops.

Backward compatibility is here, but it's not coming with the huge bang we all expected. Sure Microsoft is going to release it on November 12 with the advertised "over 100 Xbox 360 games", but I must say that the list is pretty underwhelming. But don't worry, Xbox fans: Microsoft affirms that this is just the beginning of backwards compatibility, and "more titles will be revealed starting December". That seems to be a big trend with Microsoft and the Xbox brand, always telling us great things are coming later on.

Anyway, let's take a quick scan of the games. There's a ton of Xbox LIVE Arcade titles on here with games like Sonic the Hedgehog 1-3, Super Meat Boy, Metal Slug 3, Perfect Dark, Doom II and Ikaruga. Then there's the gimmicky Kinect games that probably don't interest much of anybody. The main AAA games include old gems like Mass Effect, Mirror's Edge, Borderlands, Just Cause 2, Assassin's Creed II, Rainbow Six Vegas 1 & 2, and Fallout 3...which no one will likely play with Fallout 4 releasing tomorrow. But hey, when Halo: Reach becomes playable, maybe we'll finally have a good Halo game on the Xbox One?

Not a very good list here, Microsoft. In December the company says Xbox One users will be able to play games like Halo: Reach, Black Ops, and every BioShock game...but makes no mention of Red Dead Redemption.

Also let's have a quick word about the New Xbox One Experience. I booted it up via the Preview Progam build, and I have to say I'm not impressed. Snap Mode is still awful, the interface retains the live tile setup (albeit in a rearranged capacity), and five of the total seven main hubs are taken up by storefronts. The new Xbox One update doesn't even have a dedicated page for your games library and apps. So really, don't expect anything truly amazing with the new Xbox updates: backward compatibility will be lukewarm at launch, and the New Xbox One Experience still suffers from the console's badly designed firmware.

I don't think any UI updates will be able to fix the Xbox One's problems, and keep in mind it took Microsoft two whole years just to make this much progress. In my opinion, the future looks bleak for the console. 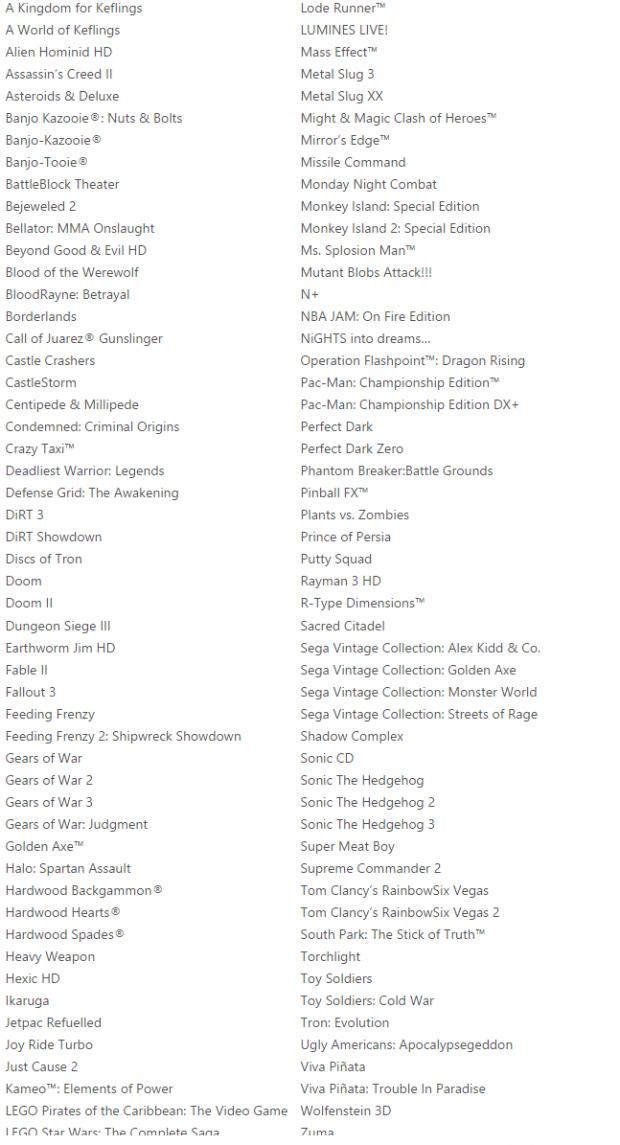