Can you believe it has been nearly a year since AMD released its Catalyst Omega drivers, which unleashed a bunch of new features and squashed just as many, if not more bugs. Well, according to the latest rumors, AMD is working on another 'Special Edition' set of Catalyst Omega drivers for Radeon owners. 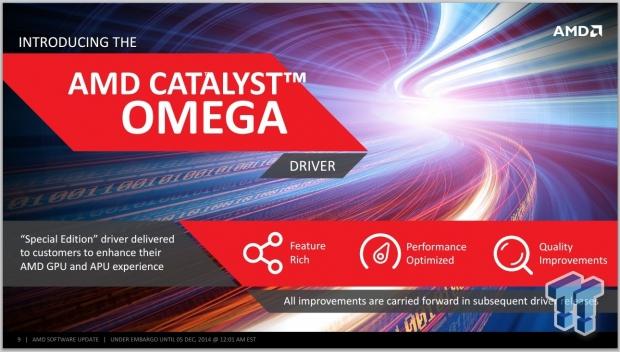 AMD is expected to launch the new Catalyst drivers next month, but we shouldn't expect them to keep the 'Catalyst Omega' name. What we can expect, are hopefully the same vast features and changes that AMD pushed out with the Catalyst Omega drivers last year. I would expect some big improvements to the Fiji-powered cards in the R9 Nano, R9 Fury and R9 Fury X as well as the entire Radeon 300 series.

I'm sure we'll see some big improvements in the DX12 side of things, where AMD has seen NVIDIA catch up on the DirectX 12 front in Ashes of the Singularity. As soon as AMD drop the new drivers, you can be sure we'll be reporting on them, and running over our usual benchmark suite.