Paramount and CBS set the precedent for how to do a proper SD to HD remaster of a TV show with all seven seasons of 'Star Trek: The Next Generation', and now Twentieth Century Fox has also gotten into the game by announcing a complete remastered boxset of the cult classic 'The X-Files' series. 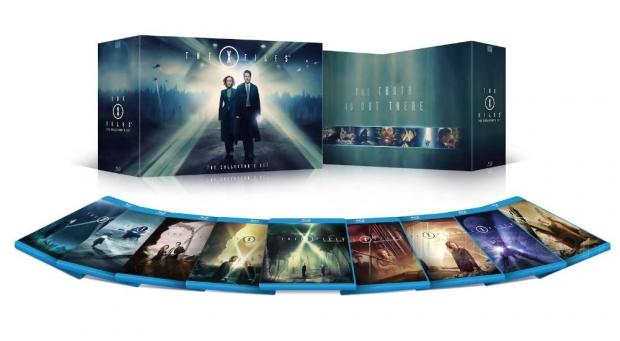 Remastered from the original 35mm negative by Illuminate Hollywood, according to the press release available from our friends at Blu-ray.com, the series will be presented in 16x9 widescreen format, which opens up the sides from the original 4x3 broadcast for a more cinematic presentation and includes new DTS-HD Master Audio 5.1 tracks. The set also includes legacy bonus features from the previous DVD releases, including audio commentaries, deleted scenes and featurettes. The Australian release will also add an additional 2 Blu-ray discs for the feature films 'Fight the Future' and 'I Want to Believe', as well as handily leaving a spare spot for the eventual release of the upcoming 'X-Files' revival mini-series airing in January 2016.

The 55 disc U.S. set will be released on December 8, and the 57 disc Australian set on December 9.