Following the two short teases for the eagerly anticipated 'X-Files' miniseries revival during TV broadcasts of 'Gotham' and 'Minority Report', the Fox Network have officially released an extended trailer for the small-screen return of FBI agents Mulder and Scully.. and also a cameo from the ruthless Cigarette Smoking Man.

The six part limited series starring David Duchovny and Gillian Anderson, will premiere on the Fox network on January 24th 2016 with a "special two-night event" spilling over to the next night. Like the original series, the revival will feature a mix of alien mythology and 'monster of the week' episodes from some of the show's best writers including Glen Morgan and James Wong, and overseen by series creator Chris Carter who also serves as director for three of the episodes. 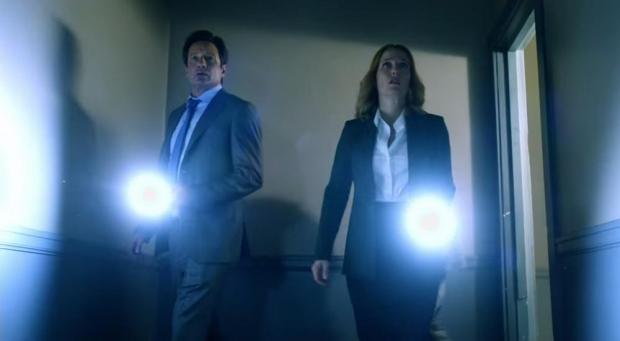