Samsung has just announced the latest SSD in its range, the new 950 PRO SSD. What makes the Samsung 950 PRO special? It's the first NVMe M.2 form factor consumer SSD with V-NAND technology, with some insane performance to boot. 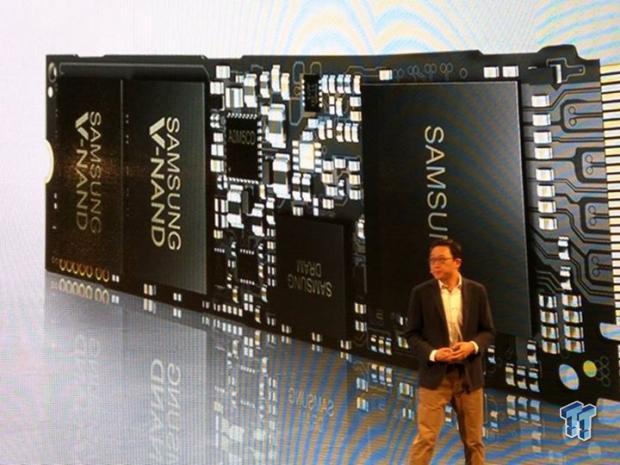 The new drive arrives on a PCIe 3.0 x4 interface, in various sizes. The Samsung 950 PRO will come in 256GB and 512GB capacities, with the 512GB version featuring insane sequential read speeds of 2.5GB/sec, while it can write at 1.5GB/sec. Random read performance is just as impressive, hovering at 300,000 IOPS while we have write speeds of up to 110,000 IOPS. 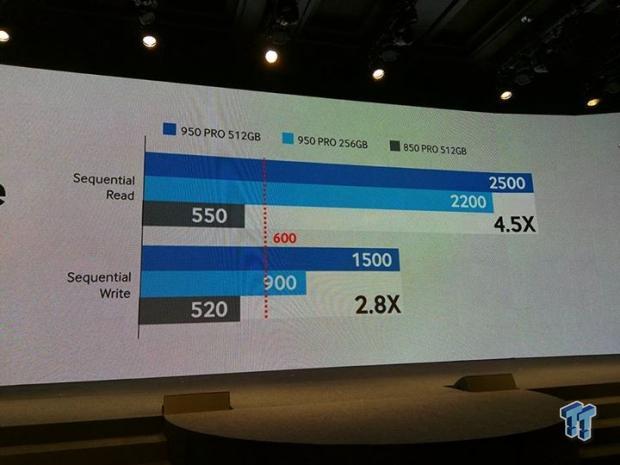 Samsung is using its second generation MLV V-NAND 32-layer 128Gb die with UBX controller and magician software to make the 950 PRO, while we also have AES 256-bit Full Disk Encryption that will protect your data. Dynamic Thermal Guard will protect your drive and data in environments of between 0-70C, and it can take a physical shock of up to 1500G/0.5ms and vibrations of up to 20G. So if you want to take it up in your fighter jet, you can.

The company is including a 5-year warranty with 200 terabytes written (TBW) for the 256GB model, while the 512GB model will have 400TBW. The new Samsung 950 PRO SSDs will be available starting next month, with the 256GB model costing $199.99, and the 512GB costing $349.99. Not too damn bad at all, considering the insane increase in read/write speeds.