The ASUS ROG G751 is one of the most powerful gaming laptops on the market, but the Taiwanese giant has just one-upped itself with the new GX700 gaming notebook. What makes it so special? Well, it's watercooled. Frickin' watercooled. 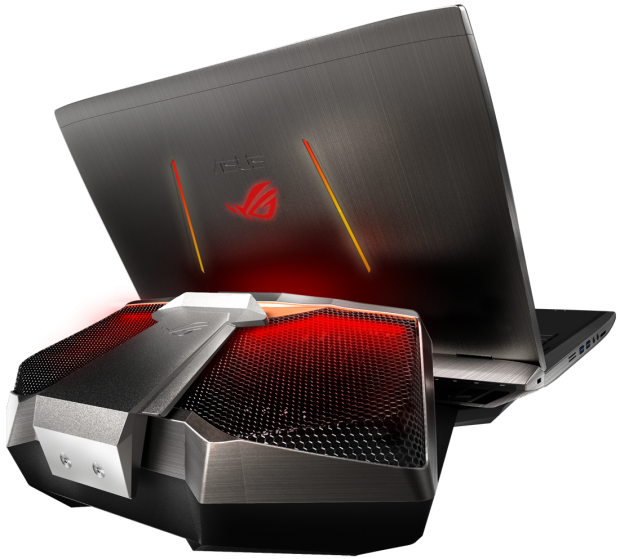 The ASUS GX700 features a 17-inch screen with a 4K resolution, which is a first. Inside, we have the new Intel K-series Skylake processor, and an unreleased NVIDIA GeForce GPU. The CPU itself is reportedly the Core i7-6820HK, which has a 2.7GHz base frequency and Turbo clock of 3.6GHz. There's an insane 64GB of DDR4 RAM inside, and as for the GPU, it's an unreleased GeForce chip with 2048 CUDA cores, a 1190MHz GPU clock, 128 TMUs, 64 ROPs, and 160GB/sec of memory bandwidth. The big difference between the G751 with its GTX 980M, is that the GTX 980M has 1536 CUDA cores, so this new GPU should be quite the jump. 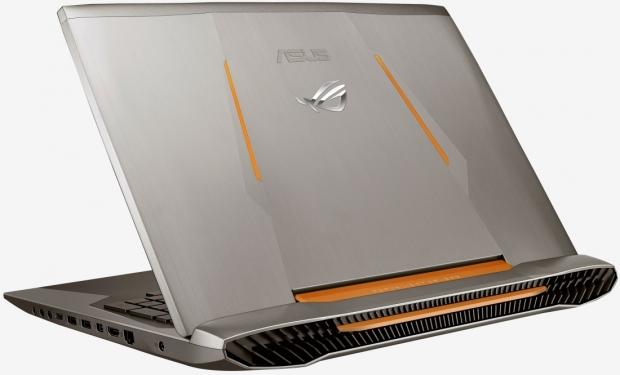 ASUS includes a huge 'docking base' with the GX700 which is just a standalone watercooling solution. The notebook itself is very similar in its cooling design to the G751, but the watercooling base is a huge change. When attached, it can increase performance by as much as 80% according to ASUS. This is because gaming notebooks throttle the GPU speeds when it's not adequately cooled.

ASUS should have the new GX700 gaming notebook available later this year, with no word on pricing just yet.