Computex 2015 - NVIDIA wants to help gamers in Taiwan experience virtual reality, and brought its GeForce VR Experience to Computex 2015. The idea behind the effort is to allow consumers to enjoy VR for the first time, ahead of a likely onslaught of VR headsets in the coming years. 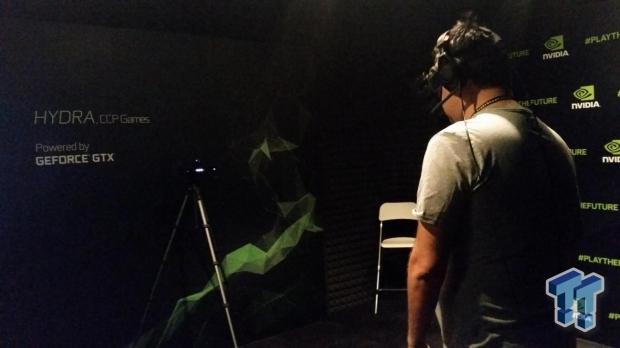 Gamers interested in VR will have to be ready to spend for it, especially if they need to purchase new PC components. However, it's expected gamers will see a drastic increase in VR-themed software releases in the coming years - and NVIDIA teamed up with CCP Games for a Tron-like VR experience, which you can read about here.

"VR changes the way you play and experience games by putting you in the game," NVIDIA said. "When you're in VR, you're directly in the action with a full 3D world all around you. Move your head and the view changes. Move your physical body and your virtual body moves with it."