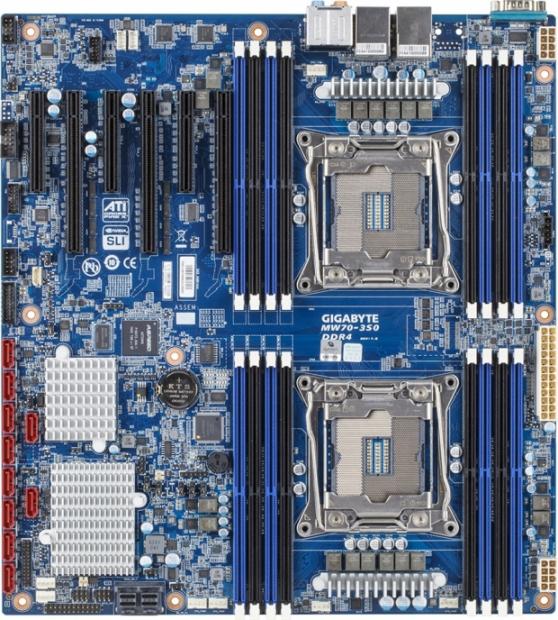 Not only that, but the controller is capable of aggregating any SATA and SAS drives into the full 12Gbps data stream courtest of LSI's DataBolt technology. This means that users can simply tie in their SATA 3Gbps or SATA 6Gbps drives into the 12Gbps bandwidth, and enjoy increased speeds depending on the configuration used.

DDR4 support has been placed into the GIGABYTE MW70-3S0, with support of up to 2133MHz over its 12 DIMMs, with a maximum of 64GB DDR4 supported. The dual socket workstation motherboard packs support for Intel's Xeon E5-2600 V3 family, which is "the first in the server industry to support the brand new DDR4 memory technology".