Lockheed Marting has been developing the F-35 fighter jet for what feels like forever, but it could be the helmet that the F-35 Lighting II pilots will be wearing is the most interesting part of the fighter jet. 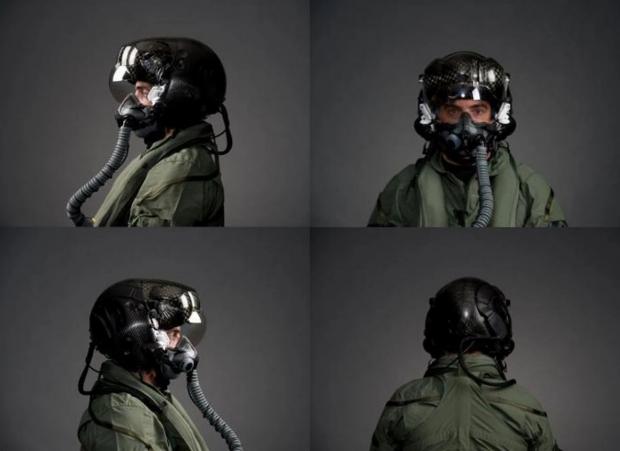 The helmet itself costs a huge $400,000, with teh fighter jet itself being one of the "most complicated weapons systems ever developed" reports The Washington Post. The helmet allows the pilot to see through the plane, so that when they look down, instead of seeing the floor of the F-35, they see the ground beneath them. If they turn around, they'll see the sky or the enemy flying behind them.

This is all thanks to the F-35 having six cameras embedded into the skin of the aircraft, so that when the pilot turns their head in a particular direction, they're actually just looking through that camera. The camera captures the imagery, blasting it to the projector inside of the headset. The helmet is pretty much a glorified augmented reality headset, allowing F-35 pilots to see things on the ground that they would not normally see, or would have to fly past and turn back around to get a better view.

Al Norman, an F-35 test pilot for Lockheed Martin explains: "When the helmet's tuned correctly to the pilot's eyes, you almost step into this other world where all this information comes in. You can look through the jet's eyeballs to see the world as the jet sees the world".

But just like the F-35 itself, which is many years over schedule and countless millions of dollars over its intended budget, the headset has had its fair share of problems. Initial versions of the headset were problematic in turbulence, there was latency in the video which was causing the pilots to experience motion sickness, the night vision technology didn't work too well, and more. This saw the Pentagon approach BAE Systems in 2011 to ask them to build a backup helmet in case the one they were developing was a lost cause.

Fast forward two years and the Pentagon decided to go with the helmet constructed by Rockwell Collins, adding that competition helped get the program where they wanted.

They are now at the stage with the third iteration of the $400,000 helmet that F-35 pilots can share information with one another seamlessly, but if you add another two pilots for a total of four F-35 pilots sharing information, communication problems happen. This issue is something that will be fixed soon, with Norman adding: "There's still a little bit of tweaking we might want to do with how we stitch together the imagery. Testing is an ongoing process. And if you find problems we try to fix them and look ahead".