This summer's crop of blockbusters including 'Mad Max', 'Jurassic World', 'The Avengers' and 'Terminator Genisys' are all relatively known quantities, but one - big budget original sci-fi story 'Tomorrowland' remains shrouded in mystery, even if the newly released latest theatrical trailer does shed a little more light on the interesting premise.

Disney have released the following synopsis which adds very little: "Bound by a shared destiny, a bright, optimistic teen bursting with scientific curiosity and a former boy-genius inventor jaded by disillusionment embark on a danger-filled mission to unearth the secrets of an enigmatic place somewhere in time and space that exists in their collective memory as 'Tomorrowland'." 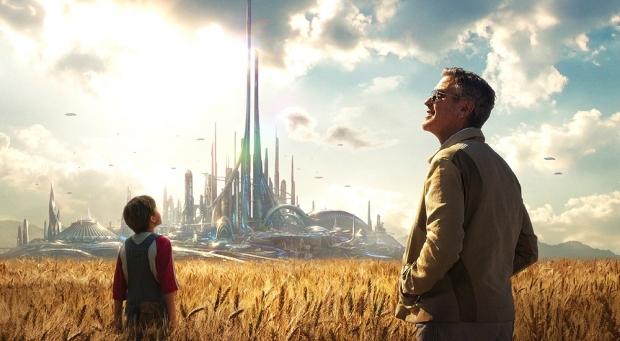 Starring George Clooney and Hugh Laurie, 'Tomorrowland' is directed by former Pixar director Brad Bird and hits cinemas in Australia on May 21st and a day later in the United States.