We heard that NVIDIA were preparing for the launch of its mid-range GeForce GTX 960 last month, and just recently the rumor of a buy-it-now price of $199 was teased. Now here we are, with actual box shots of various cards from NVIDIA's add-in-board (AIB) partners, such as GIGABYTE and Inno3D. 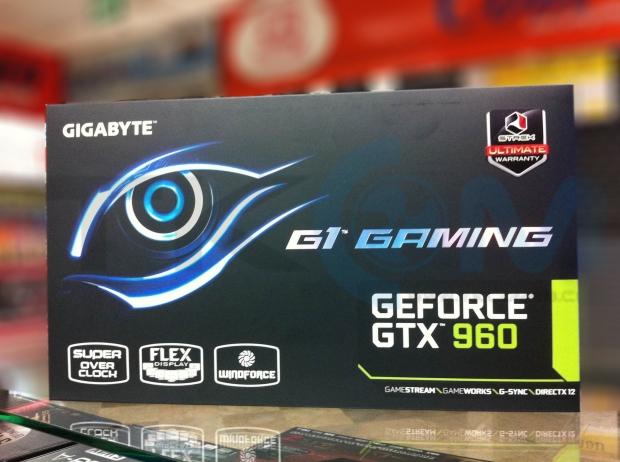 The first one, pictured above, is of the GIGABYTE G1 Gaming 'Super Overclock' GTX 960, which uses its impressive WindForce cooling setup and 2GB of RAM.

Next up, we have two cards from Inno3D; the iChill GeForce GTX 960 Ultra, and the GeForce GTX 960 OC. The Ultra variant rocks an insane cooling setup, featuring the HerculeZ X3 cooler. We have a clock speed of 1178MHz, while the memory is at 7010MHz effective. This provides memory bandwidth of 112GB/sec, on its 2GB of frame buffer.

The GTX 960 OC version features the smaller HerculeZ X2 cooler, but it'll also feature the same speeds as its Ultra brother. Two-way SLI support is provided on both cards, too.