Think your TV is big? Well, its never gonna be bigger than IMAX, which is why 'Game of Thrones' fans will be keen to seize the once off opportunity to see the show on the big screen, when they hit later this month for a limited engagement. 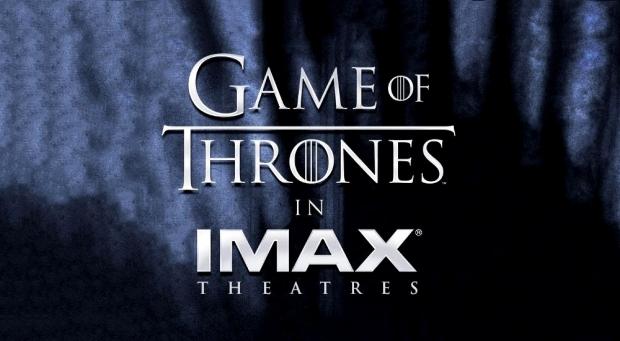 In an announcement by Time Warner, HBO have confirmed that the final two episodes from the fourth season; 'The Watchers on the Wall' and 'The Children' will be remastered using IMAX's proprietary upscaling technology, IMAX DMR, alongside a trailer for the upcoming fifth season which is set to run for a week starting on January 23rd.

In 2015, IMAX is set for some fantastic exclusives, with 3D IMAX presentations of 'Jurassic World', 'Avengers: Age of Ultron' and 'The Force Awakens', the latter of which will have scenes shot specifically in the larger format and promising to be the hottest ticket in town for moviegoers.

Season five of 'Game of Thrones' premieres on the small screen in April.