The ever-evolving world of storage has created an issue in the Windows 10 Technical Preview. Microsoft has incorporated a new feature into Windows 10 that enhances performance with SSHD's, but this has unfortunately led to widespread problems with all types of boot devices. Microsoft has added a new command to the drivers, Power-Up in Standby (PUIS), that allows SSHDs to remain idle when the system is powered up. The system saves power by only powering-up the SSHD when it receives a specific command from the BIOS. 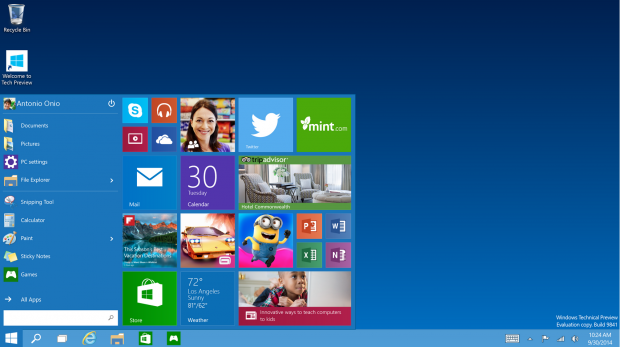 The new driver isn't fully compatible with all BIOS revisions and the driver is also sending the SSHD-specific command to all types of drives. Non-SSHD drives do not recognize the command upon boot up or resumption from standby, which results in the computer freezing. Microsoft is aware of the problem, which is specific to Build 9879, and a new update is already available to resolve the issue. There is also a workaround available that allows users to simply disable the PUIS command, which resolves the issue.

Teething problems are expected in the Beta stage, and the Technical Preview system has worked by allowing Microsoft to identify and correct a problem before release. Windows 10 is slated for release in late summer/early fall of this year. Users can utilize hdparm to disable PUIS by following these steps: